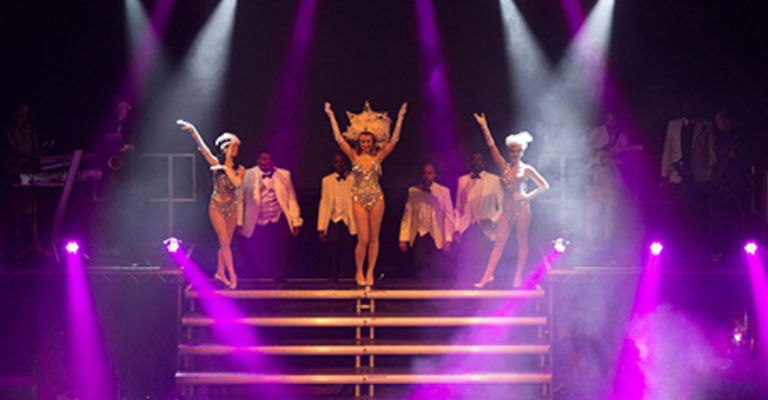 Stand By Me is the phenomenal musical history of a group that helped to define Atlantic Records, inspired early rock and roll and was a forerunner to both the black music movement in 1950’s America and even early Motown.

Bringing a remarkable and unique tribute to the icons, challenges, controversy, and conflicts and of course the vast succession of over 50 hits over the last six decades. The music sets the scene for our tribute within the lyrics, with well loved songs that transport you straight to Broadway, talk of growing up in 1950’s Harlem and even aspire to a black president of the United States… those heady days of Disco and the Northern Soul scene and much more!

This fast moving show features some of the groups most well known hits including Under The Boardwalk, Save The Last Dance For Me, Saturday Night At The Movies, Up On The Roof, Can I Take You Home Little Girl, Love Games, There Goes My Baby, Dance With Me, Sweets For My Sweet, There Goes My First Love, When My Little Girl Is Smiling, On Broadway, Money Honey, Every night’s A Saturday Night With You, Kissin In The Back Row, Come On Over To My Place, Down On The Beach, More Than A Number In My Little Red Book, Hello Happiness, Like Sister & Brother and many more…

The Drifters, were inducted into the Rock and Roll Hall of Fame in 1988, are one of the biggest selling, longest serving bands of all time having sold an incredible 214 million singles and over 114 million albums worldwide – this is their musical history told through the music and anecdotes of the former members on screen. Featuring some of the original recording artists from the successful Stand by Me Album. Not to be missed you will be on your feet remembering some of the greatest hits of all time!