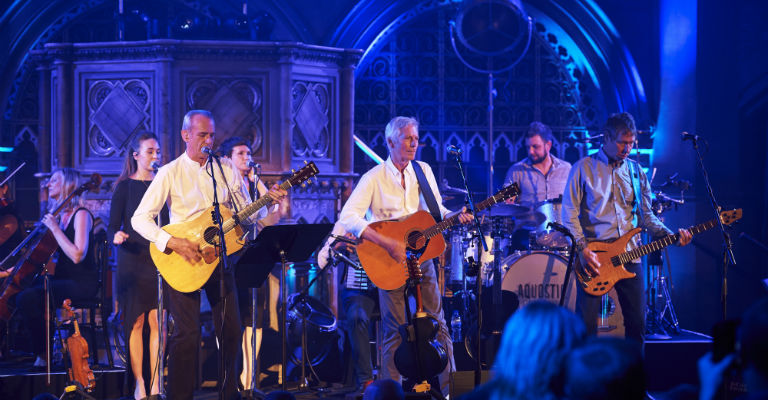 Britain’s best-loved rockers Status Quo are back, performing hits from across a five decade career, in their celebrated Aquostic style.

This show will be fully acoustic and feature additional musicians, including female backing vocalists. This 2017 Winter Tour will be the second such set of dates to take place without guitarist Rick Parfitt, whose tragic death at the end of last year shocked and saddened Quo and their fans, but left the band newly motivated to perform and honour these songs to a fan base that remains equally enthused. Francis Rossi said, “Things are not the same, nor should they be, but the show goes on because band and fans alike still love this amazing music.”

Packed with hits taken from that unbelievable back catalogue and comprehensively reworked, the now seriously road-tested ‘Aquostic’ approach has indeed represented something of a new dawn for the band.  This inventive approach frees the arrangements but retains the potency of the songs.