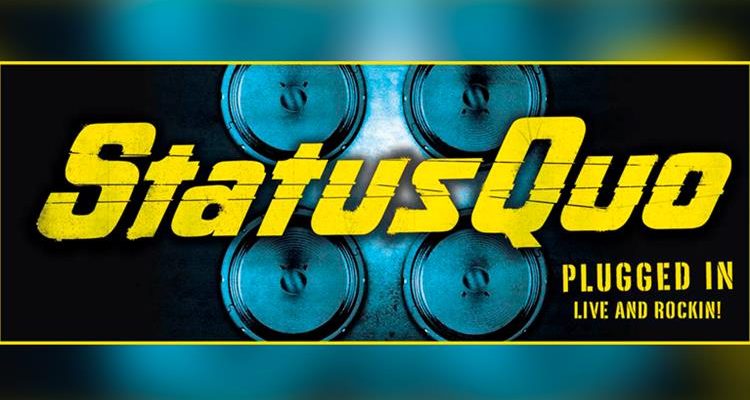 If the term ‘Status Quo’ can be defined as representing ‘the existing state of affairs’ then maybe the band, despite being known for 50 years for their no-nonsense winning formula, need a name change. For nothing has stayed the same for this iconic band over the last year.  Francis Rossi and the band have faced the retirement from live performance of the iconic Rick Parfitt, followed late last year by his tragic death, and have kept the flag flying, to honour his memory and the band’s commitments, and to bring the fans what they want and deserve.

And it’s the fans that have prompted yet another change.  In late April the band announced their long-planned ‘Aquostic’ tour of the UK and immediately found themselves with a dilemma. The shift to ‘Aquostic’ tour had been deemed necessary as the inevitable rigours of the Electric set were considered to be too much for Rick to take on. Yet demand from fans for Electric shows was undiminished.  Taking into account all changed circumstances, and the band’s movement out of the cycle of the successful ‘Aquostic’ albums, a decision has been made to plug back in.  The renamed ‘PLUGGED IN – Live and Rockin!’ tour will now be fully Electric.