STEVE KEEPS IT IN THE FAMILY WITH BRAND NEW MAGIC ACT… 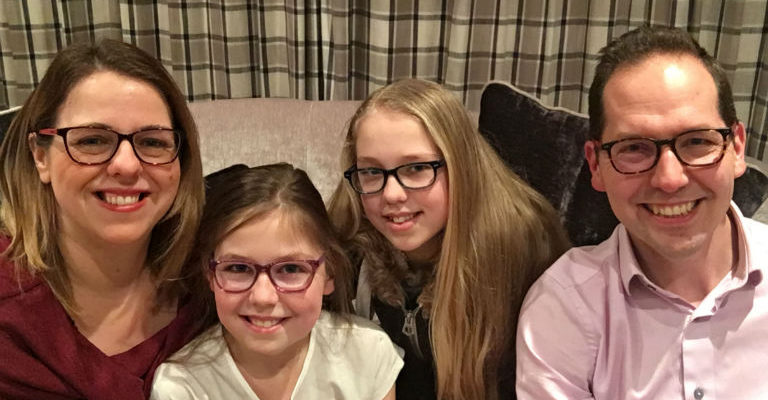 THE man in charge of choosing the acts for this year’s South Tyneside International Magic Festival (STIMF) will unleash a brand new act on this year’s audience – starring his own family.

Booker Steve Gore, himself a well-respected magician, will take to the stage at The Customs House, South Shields with his wife, Victoria and daughters Deanna, 12, and Jenna, nine.

The family act – known as Genetics – will appear in a gala show on Saturday 17 March to showcase a brand new trick for the first time.

“I wanted to create a really original illusion act using an ordinary family with extraordinary powers,” he said. “But it doesn’t use any of the usual magic boxes that illusionists use.

“Instead, it is set in a typical household and has the family sitting on the sofa watching TV, performing illusions with the TV, vacuum cleaner and ironing board. Household objects float, wires get cut and restored and children are levitating all over the place.”

Steve has worked as a professional magician for more than 25 years, and has invented tricks and magic acts with leading magicians across the world, including Dynamo and David Blaine, and recently performed 21 shows at the world famous Magic Castle in Hollywood.

He met wife Victoria when they were both performing in a musical in their home town of Bradford, West Yorkshire, 23 years ago.

Both Deanna and Jenna have been performing magic since they were just two years old, and Deanna has previously performed at the Stars of Tomorrow show at the Society of American Magicians convention at Philadelphia.

“It’s exciting that we will be all performing together, and I’m thrilled to be doing it here at South Tyneside this year, which will be my second year as booker,” he added.