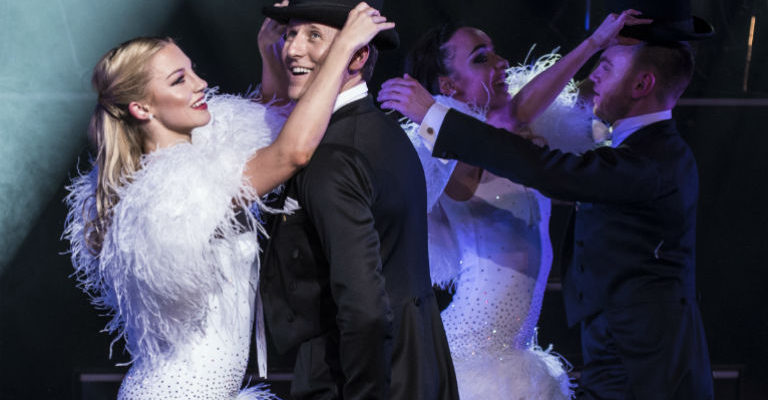 Brendan’s latest spectacular production, All Night Long, created and hosted by Brendan himself, takes audiences on a dazzling ballroom journey filled with non-stop dance, live music and comedy.   He is joined on stage by a sensational cast of championship dancers, as well as a 13-piece band and live singers, together whipping up an extravagant mix of Latin fever and ballroom magic.

The show will feature a glittering array of ballroom favourites, from tantalising Tango to powerful Paso Doble, elegant Foxtrot to breath-taking Waltz, plus a few surprises!  Audiences can expect high energy dance together with live music, stunning special effects and Brendan’s own choreography performed to the hits of great music legends and exciting new artists.

Brendan Cole is best known from BBC primetime show Strictly Come Dancing and is one of just two professional dancers to have competed in every series. Brendan was there from day one, Series One, where he won the glitterball trophy, and remained for another 13 years and 14 more series. His celebrity pairings are star studded –  his 2017 partner was Good Morning Britain’s Charlotte Hawkins and previous partners have included Natasha Kaplinsky; Kelly Brook; Lisa Snowdon; Jo Wood; Victoria Pendleton, Sunetra Sarker; Kirsty Gallacher; Sophie Ellis-Bextor; and pop star Anastacia.