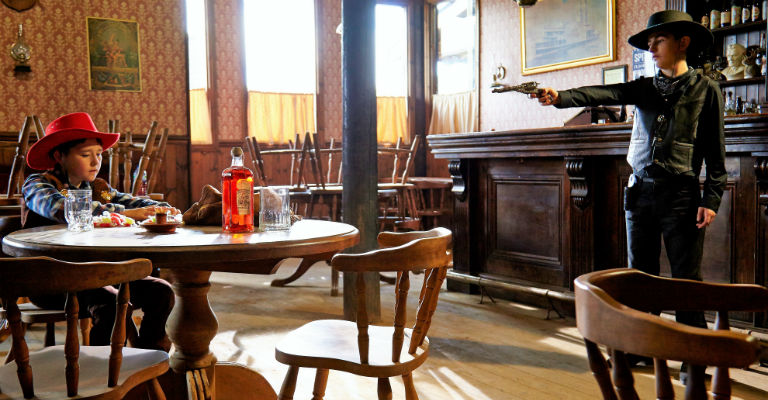 Resisting the pull of the Dark Side and fast becoming a Force to be reckoned with, Sunderland Shorts Film Festival returns in 2017.

Proving once again that dynamite comes in small packages, this brilliant array of bitesize blockbusters will land in the city on May 4… globally recognised as the unofficial “Star Wars Day”.

Promising 50 shades of celluloid satisfaction, the festival, now in its third year, will deliver a half century of short films that should excite and enthral movie buffs of all ages and fans of all genres.

After a successful inaugural event in 2015, organisers built on the success last year and for 2017 have attracted submission from filmmakers based in 28 different countries.

And while the films are short, the event just grows and grows. Sunderland Shorts 2017 has this year attracted well over 150 submissions, which have been whittled down by a team of judges to a final 50.

The short films will be screened in the city centre’s Sunniside quarter…at a location to be announced soon.

Audiences are invited to not only enjoy the movies, that have been sent from all over the world, but also vote for their favourite too.

Anne Tye, festival director, said: “Sunderland Shorts is fast becoming one of the undoubted highlights of Sunderland’s cultural calendar, attracting exciting young talent, daring new films and avid viewers looking for a slightly different cinematic experience.  A short film screening is definitely a different experience; you’ll watch 6 – 8 films in different genres, taking you on an emotional journey – from dark, brooding thrillers to upbeat, heart-warming comedy; laugh out loud animation to thought-provoking dramas and documentaries, there is something for fans of all genres to enjoy.”

Sunderland City Council Leader, Paul Watson, said: “Now in its third year, the quality of the films keeps on getting better year on year and many we screen win major international awards.  Last year we even screened an Oscar winner!  Making a great short film requires real skill and talent and is often a stepping stone to longer feature films.   I hope the people of the city will once again show their support for Sunderland Shorts, as you really might catch a glimpse of the next Spielberg, Hitchcock or Attenborough.”

John Mowbray, chairman of Sunderland MAC Trust, one of the festival partners, said: “The festival offers the chance to see films from some of the brightest young talents in the industry and it’s taking place right here in the heart of our city.

“We hope Sunderland Shorts will inspire people to explore what they know about film because they will definitely be surprised about how much emotion, excitement and drama can be packed into 15 minutes or less. We want Sunderland to become synonymous with short film, and hopefully it will be something that will inspire our city’s creative community and be embraced by all.”

The festival was created after organisers Sunderland City Council saw the success of Washington DC’s prestigious and internationally renowned short film festival, DC Shorts. Sunderland works in partnership with the US capital, thanks to the links with Washington Old Town, and not only has it helped inspire Sunderland Shorts, it has also generated inward investment, with US businesses choosing to locate to Sunderland, thanks to the connection the cities share.

Rebecca Ball, chief executive of Sunderland 2021, said: “Sunderland is a creative city – our music is vibrant and independent, and our city has inspired the genius of Lewis Carroll and LS Lowry. Now we have the chance to provide a stage for these amazing filmmakers to showcase their talents, bringing hundreds of people into our city centre in the process.”

For more information about Sunderland Shorts Film Festival, and for an up-to-date list of events and information on tickets, please visit www.sunderlandshorts.co.uk

Main image: crop of ‘A Fistful of Candy’