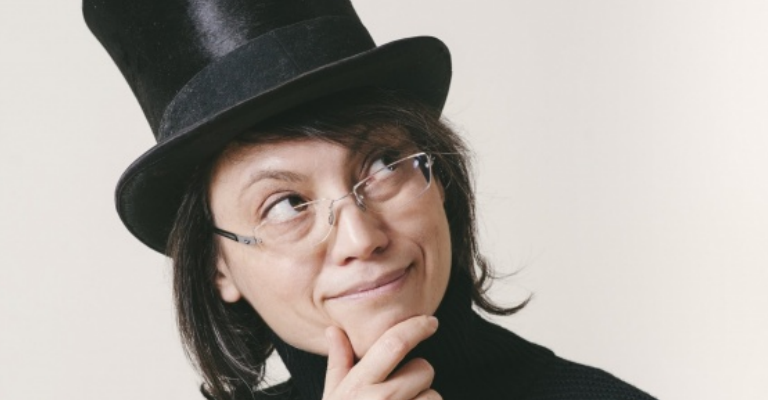 Sydney will be telling the story of Ada Lovelace and Charles Babbage, two fascinating and brilliant eccentrics, and will also be discussing her process of primary-source research and creative transformation.

One hundred years before the first computers were built out of wires and vacuum tubes, the Victorian polymath Charles Babbage designed a gigantic steam-powered, punchcard-programmed, cogwheel computer, the Analytical Engine. His friend Ada, Countess of Lovelace, daughter of Lord Byron, completed some of the first programs for the machine, and theorised that one day it could be used for the manipulation of any kind of information.Unfortunately Ada died young and Babbage never built his Engine, leaving their story as one of the greatest what-ifs in the history of science.

Sydney will also display her 3-d animations of how the Analytical Engine would have looked and operated, some of the first visualisations ever created of that extraordinary machine.

Sydney Padua is an Eisner-award nominated cartoonist and visual effects artist whose animation appears in The Iron Giant, Clash of the Titans,and The Jungle Book. Her work on Lovelace and Babbage has been featured in Wired and The Economist and she has spoken at Microsoft, Google, the BBC, and the Computer History Muse

This event is part of the Fabricating History exhibition programme.