@ Gilded Balloon at the Museum, Edinburgh 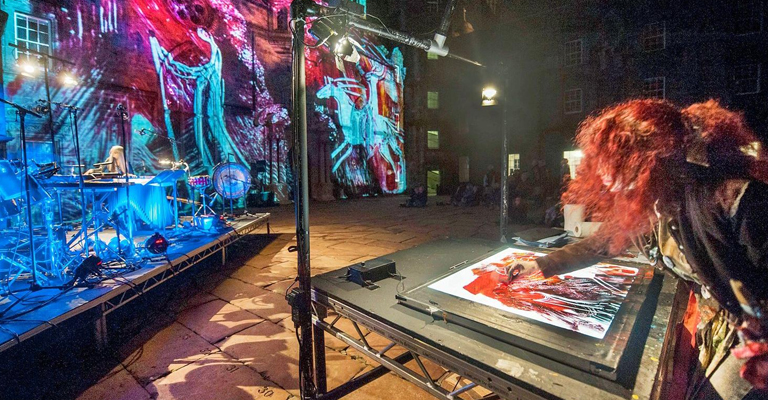 Returning in a new theatrical format that builds on 2015’s outdoor extravaganza, The AniMotion Show premieres Peace and War. Russian artist Maria Rud paints live to original music written and performed by virtuoso flautist David Heath and DJ Dolphin Boy. Maria’s dreamlike painted narratives are projected in real time. As the music shifts from pastoral to demonic, so the intensity of Maria’s brushstrokes and imagery trace a descent from peace to war. An adherence to improvisation and disruption keeps each performance utterly unique and unforgettable.