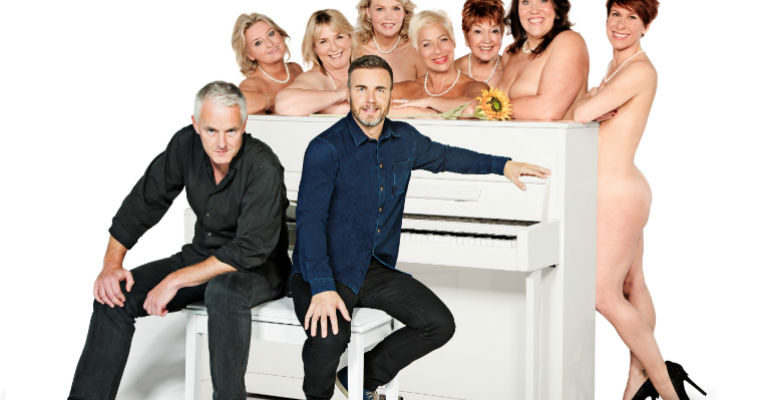 David Pugh & Dafydd Rogers, the producers of Gary Barlow and Tim Firth’s musical comedy, CALENDAR GIRLS The Musical, based on the true story, the film and the award-winning play by Tim Firth, Calendar Girls, are delighted to announce that the production will return home to Yorkshire and open at the Leeds Grand Theatre on 16 August 2018 at the start of a new UK & Ireland Tour with a date at Sunderland Empire, 19-23 March 2019.

The new tour will star novelist and television presenter Fern Britton, returning to the stage for the first time in 30 years, as Marie, Lorraine Bruce (Kay Mellor’s The Syndicate and theatre credits include Piaf at The Donmar and Vernon God Little at the Young Vic) as Cora, Anna-Jane Casey (Billy Elliot on tour, Stepping Out in London’s West End, title role in Annie Get Your Gun at Sheffield Crucible) as Annie, Sara Crowe (West End roles include Bedroom Farce, The Real Inspector Hound & Black Comedy and Hay Fever) as Ruth, Ruth Madoc (Hi-De-Hi, Little Britain and Gypsy) as Jessie, Rebecca Storm (discovered by Willy Russell and cast as Mrs Johnstone in Blood Brothers, and her handprints are part of the Dublin’s Gaiety Theatre Walk of Fame) as Chris and Denise Welch (The Rise and Fall of Little Voice, Coronation Street and Waterloo Road) as Celia.

The critically acclaimed and award-winning production played a six-month London season at the Phoenix Theatre last year, and, before that, this musical comedy played sold-out seasons in Leeds and Manchester.

Tim Firth said, “To be given a chance to revisit CALENDAR GIRLS The Musical is a unique opportunity.  Gary [Barlow] and I have been working away and, as the great Stephen Sondheim said, ‘MUSICAL COMEDIES AREN’T WRITTEN, THEY ARE REWRITTEN’.”

Gary Barlow added, “What a phenomenal new cast we have.  Tim and I sat in – and indeed played – on the auditions and have been so lucky to have put together such talented ladies.”

Gary Barlow and Tim Firth grew up in the same village in the North of England and have been friends for 25 years.  With Take That, Gary has written and co-written 14 number one singles, has sold over 50 million records worldwide and is a six times Ivor Novello Award winner.  Tim has won the Olivier Award and UK Theatre Award for Best New Musical, and the British Comedy Awards Best Comedy Film for Calendar Girls.

CALENDAR GIRLS THE MUSICAL is inspired by the true story of a group of ladies, who decide to appear nude for a Women’s Institute calendar in order to raise funds to buy a settee for their local hospital, in memory of one of their husbands, and have to date raised almost £5million for Bloodwise. This musical comedy shows life in their Yorkshire village, how it happened, the effect on husbands, sons and daughters, and how a group of ordinary ladies achieved something extraordinary.

Bloodwise, the UK’s specialist blood cancer charity, will continue to receive monies from this production.

CALENDAR GIRLS The Musical is directed by Matt Ryan and designed by Robert Jones, with comedy staging by Jos Houben, movement by Lucy Hind and casting by Sarah Bird.