The Bear by Raymond Briggs 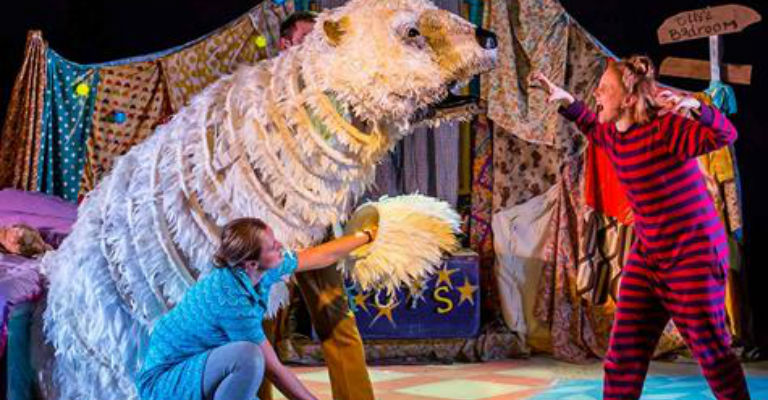 From the book by Raymond Briggs
Adapted by Pins and Needles

Ever wondered what it would be like to sit on a polar bear’s lap? Or ride on its back? Have you ever tried to give a polar bear a bath, or clear up its poo?

One night when she’s fast asleep, Tilly is visited by an enormous bear. It has a big black tongue and a yawn as big as your head. But Tilly’s not scared.

The story of a little girl who befriends a mischievous polar bear, this playful, funny and heart-warming tale is one of imagination and growing up.