The Best of WHAM! 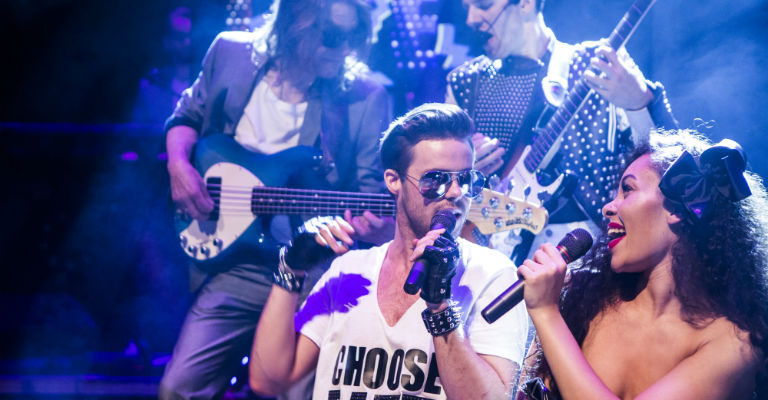 A fantastic new show featuring the best of George, Andrew, Pepsi and Shirlie with sensational vocals, choreography, costumes and an awesome live band.

Can it really be 37 years since George Michael and Andrew Ridgeley formed one of the most enduring pop groups of the 80s? In four short years Wham! sold more than 28 million records, topping the charts with three albums, four number one singles and eleven top ten hits. They featured in the Live Aid concert of 1985 and were the first western pop group to ever tour in China. Their impact and influence on the 80s era and music today really cannot be over emphasised. The Best of Wham! show includes all those hits, a few B side favourites and a couple of early George Michael bonus songs.

This fun-loving, vibrant, mega-mix tribute to the pop sensation of the 80s will be loved by ‘Young Guns’ of all ages, so come along to the ‘Club Tropicana’ (*Sorry – drinks not free.)