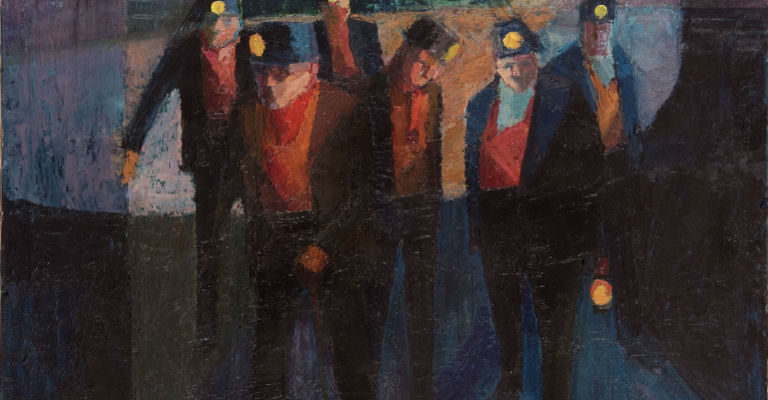 Men were leaving the mines to fight for their country and coal supplies were dwindling – given the choice between becoming miners or soldiers, most chose to fight.

To prevent a national crisis, the government needed to act fast and devised a ballot scheme where men who had signed up were randomly chosen to work in the mines instead of joining the army, navy or air force. Men receiving their conscription papers could find that instead of fighting, they would

be sent to the coalfield to spend their war underground.

Their battle was unrecognised until 2007 when a national campaign saw them eventually acknowledged for the vital role they played in the war effort.

Some of these men responded by creating art – drawing and painting their experiences of an  underground world far from home.