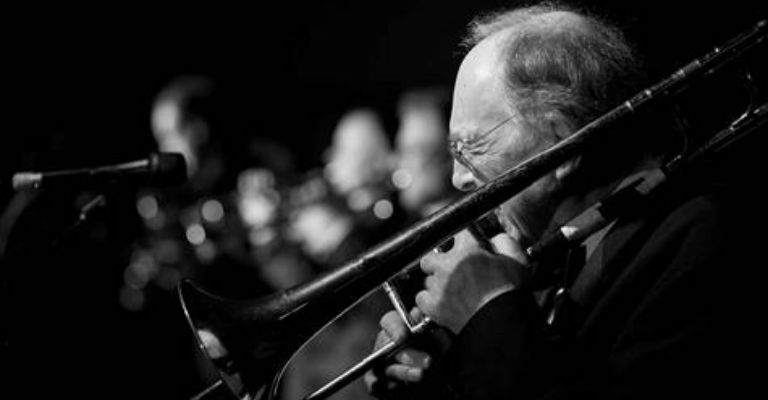 Chris Barber OBE is one of the last British Jazz legends around and an icon of traditional jazz in United Kingdom. This year he celebrates his 67th Anniversary as leader of his band and 62nd on a full-time professional basis.

Inspired by the ‘King Oliver Creole Jazz Band’, Chris formed his first Band in 1949 at the age of 19 and has since gone on to become one of Europe’s most successful and influential bandleaders.

The BIG Chris Barber Band (10-piece!) features everything from New Orleans to blues to late 20’s Ellington, played with extraordinary panache and skill. You will hear songs like “Bourbon Street Parade”, “Jubilee Stomp”, “Petite Fleur”, “Ice Cream”, “When The Saints…” and many more.

His band stands out as one of the finest, if not thé finest, of its kind anywhere in the world. You can count on an exciting evening of high quality jazz and blues which will appeal in equal measure to the aficionado and the newcomer.

Chris and his band are respected by many other jazz, blues and pop musicians, like Van Morrison, John Mayall, Eric Clapton, Bill Wyman, Mark Knopfler and many more…