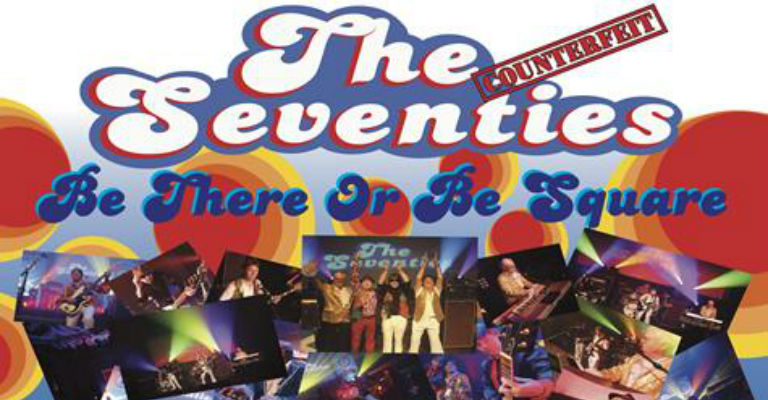 Whether you want to sit back and take a trip down memory lane, or get your glad rags on and boogie on down, this uplifting show will take you on a nostalgic trip back to the 70’s!

Having toured extensively with The Counterfeit Sixties show they now bring you their unique Seventies show from a decade of glam rock through to new wave music, and everything in between. Featuring the music of Slade, Sweet, T.Rex, The Bay City Rollers and many, many more, they will take you through a rollercoaster ride of the biggest 70’s hits. The four piece band have toured worldwide in their individual rights, and have worked with some of the biggest names of that decade. Coupled with a stunning light show, costumes from the period and video footage of the bands and events from that era, makes this one show you don’t want to miss.