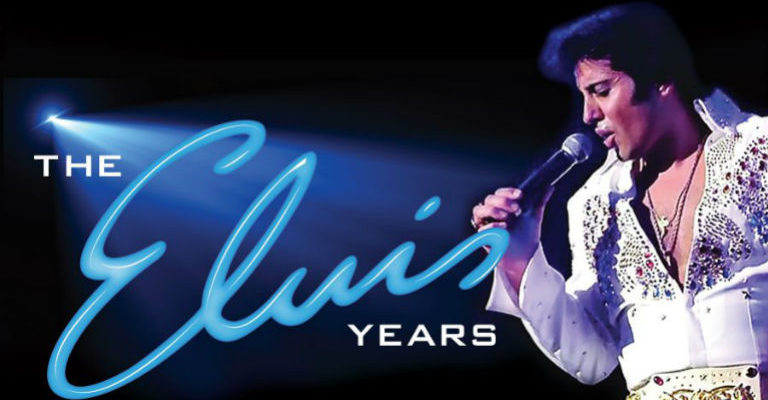 The Elvis Years is an outstanding musical production which brings to the stage the incredible and compelling story of the ‘King of rock and roll’ – Elvis Presley.

With a top line-up of actor-musicians, multiple costume changes and nostalgic film footage, this glittering two-hour production charts the musical and emotional highs and lows of Elvis’ amazing journey from poor truck-driving teenager from Tupelo, Mississippi through the army, Hollywood and finally the legendary Las Vegas concerts.

The show features Mario Kombou, original lead of Jailhouse Rock in the West End and his incredible band; and is led by legendary producer, musical director and Ivor Novello award-winner David Mackay.

The Elvis Years features more than 50 of the King’s greatest hits including Hound Dog, It’s Now or Never, Just Can’t Help Believing, That’s Alright Mama, The Wonder Of You, Suspicious Minds, American Trilogy and many more, as well as lesser known tracks such as Rock A Hula Baby and Bossa Nova Baby.