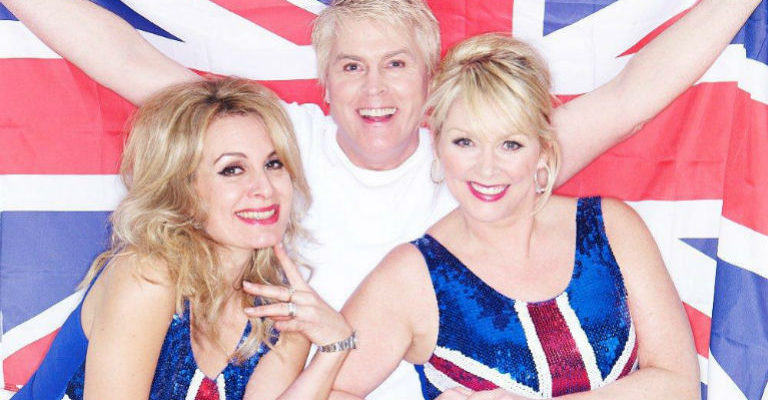 80’S music favourites The Fizz have confirmed their performance at Bents Park next weekend (22 July) will go ahead as planned, despite the absence of Jay Aston.

The band, made up of original Bucks Fizz members Jay, Cheryl Baker and Mike Nolan are due to appear in the third of this year’s Sunday concerts at South Shields on Sunday, 22 July.

However, last month it emerged that Jay had been diagnosed with mouth cancer, and was awaiting surgery. The star has since had her operation and while she is thought to be recovering well, she is unable to perform.

But bandmates Cheryl Baker and Mike Nolan say the show will go on as planned with Jay’s blessing.

They have drafted in backing singers Zoe Nicholas and Lance Ellington, better known for his role as resident vocalist on TV’s Strictly Come Dancing, to join them in their performance.

“We always love coming up to the North East – the audiences are the best in the country,” said Cheryl. “Unfortunately, Jay cannot be with us as she will be in hospital recovering from an operation but she sends all her love and knows the gig will be as good as ever.

“We will be joined by two fabulous backing singers – Zoe Nicholas and Lance Ellington – Lance is one of those great voices from Strictly Come Dancing, and Zoe is fantastic too.

“Even without Jay we promise it will still be a fantastic show and we can’t wait to get on stage in South Shields.”

The Fizz will appear as part of a star-studded line up celebrating three decades of pop when they join Scouting for Girls and Roachford in the third of this year’s free concerts organised as part of the South Tyneside Festival.

Councillor Alan Kerr, Deputy Leader of South Tyneside Council with responsibility for culture and leisure, is pleased that the show will continue as planned.

“Like everyone involved with the Sunday Concerts series, I was shocked to hear this sad news about Jay, so I am relieved to learn she is now recovering after her operation last week,” he said.

“The Fizz are one of those amazing bands who everyone loves and it is great to hear that the show will go on. The new line up sounds very exciting and I believe it will be a fantastic show.

“Everyone involved with the South Tyneside Festival would like to offer our best wishes to Jay and hope she has a speedy recovery.”

Supported by BBC Newcastle 95.4FM and sponsored by Port of Tyne and Colmans Seafood Temple, the concerts are free to enter although Priority Plus tickets costing £5 are available to buy until seven days before each show.