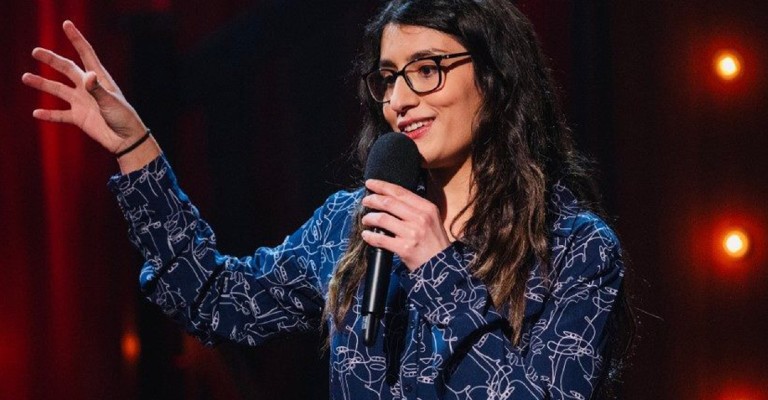 Less of a podcast and more of a global phenomenon, The Guilty Feminist, is part comedy, part deep-dive discussion and part activism. Featuring a different array of world class guests each night, together, the show examines our noble goals as 21st century feminists – and our hypocrisies and insecurities that undermine those goals. With over 95 million downloads in six years, this show intends to prove that you don’t have to be perfect to be a force for meaningful change.

The podcast’s focus is vast in scope, and has featured guests such as Shaparak Khorsandi, Nova Reid, Nina Conti, She Drew The Gun, Vick Hope, and Pandora Sykes.

For this special Newcastle date, Deborah will be joined by star of Netflix’s Death to 2020 Kemah Bob, star of hit podcast Wheel of Misfortune Alison Spittle, and rising stand-up comedy star Celya AB, plus more fantastic guests still to be announced as well as live music and a recording of the award-winning Guilty Feminist podcast.

In 2019, The Guilty Feminist teamed up with Amnesty International for the Secret Policeman’s Tour; a series of three shows with comedy, music, and discussion, all in support of human rights.

Deborah Frances-White is a stand-up comedian, podcaster, screenwriter, and corporate speaker. Deborah has appeared on Have I Got News For You, Mock the Week, Would I Lie to You, Politics Live and Tonight with Vladimir Putin. In 2019, Deborah starred in Say My Name, a film that she wrote.

In 2016, she won the Writers’ Guild Award for Best Radio Comedy for her hit BBC Radio 4 series, Deborah Frances-White Rolls the Dice.

Theatre Director, Joanne Johnson said “We are delighted to welcome The Guilty Feminist onto our stage this year. This is an extremely popular podcast and we’re certain that audiences will absolutely love the live show even more!”