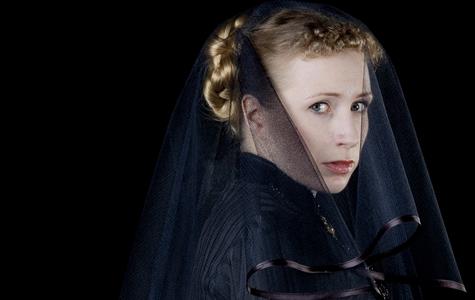 From the award-winning creators of Orlando, Dalloway, Jane Eyre: An Autobiography, Austen’s Women, I, Elizabeth, Christmas Gothic, The Time Machine and The Unremarkable Death of Marilyn Monroe.

In the dark between life and death, a haunted woman tells strange and terrifying tales; eerie stories, dusty and forgotten.  Until now.

It’s the Hallowe’en season, so come along and be thrilled by three lost gothic spine-tinglers from the great Victorian female writers.

????? ’A macabre masterpiece.  Ghostly, grisly and gorgeous.  Don’t miss it’ (Three Weeks)
????? ‘A masterclass in storytelling.  Chilling, haunting, dazzling’ (Hairline)
???? ‘Holds the audience in the palm of its hand… a near perfect piece of theatre’ (The Scotsman)
???? ‘Wonderfully eerie… and manages to capture that most intangible of theatre goals, the real fear of the audience.’ (British Theatre Guide)