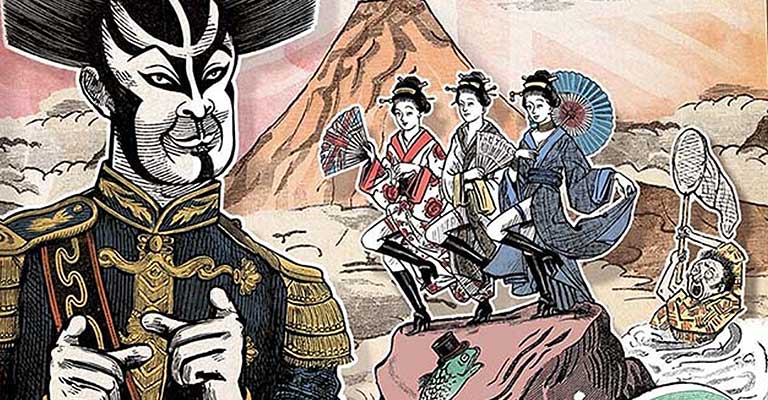 The Scottish Opera and D’Oyly Carte production of Gilbert and Sullivan’s The Mikado.

The team behind 2013’s smash hit The Pirates of Penzance returns with another Gilbert and Sullivan comedy classic. A stellar cast, in the hands of director Martin Lloyd-Evans, brings the fun to life with a delicious mix of cheeky English Music Hall and exquisite Japanese tradition.

The Mikado has decreed that flirting should be punishable by death. But when his son Nanki-Poo falls for the beautiful Yum-Yum, it looks like someone might be heading for the executioner’s block…

Packed with anti-Establishment silliness, and full of larger than life characters including self serving politicians that are all too recognisable today, this playful show features some of G&S’s most popular tunes, including Three little maids, Tit-willow and I’ve got a little list.

Sung in English with English supertitles.