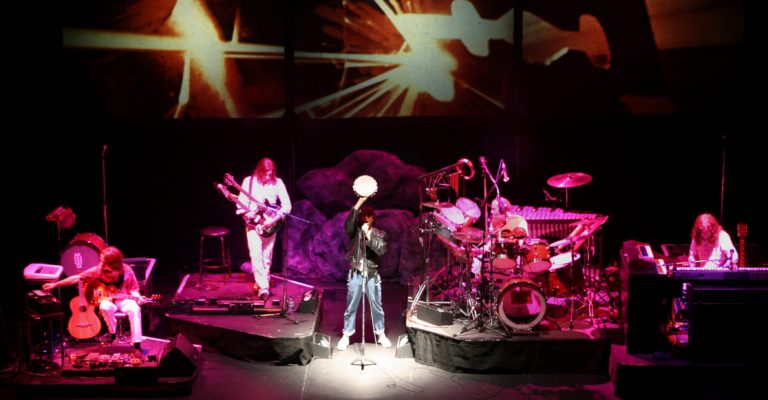 The Musical Box, the only group in the world to be granted a license by Genesis and Peter Gabriel, will be returning to Tyne Theatre & Opera House on Friday 12th February 2021 with their rendition of The Lamb Lies Down on Broadway.

The greatest rock opera ever created, The Lamb lies down on Broadway, the final collaborative effort between the legendary Peter Gabriel and Genesis is to be revived one last time.

The Musical Box, acclaimed for its historical re-enactment of early Genesis, brings audiences one final chance to witness the original 1975 Genesis performance and will be hosting Phil Collins as a performing guest.

Cited as the best interpretation group in the world and the international reference for early Genesis, The Musical Box has performed for more than a million spectators worldwide in some of the most prestigious venues, such as the London Royal Albert Hall and the Paris Olympia.

“They’re not a tribute band, they have taken a period and are faithfully reproducing it in the same way that someone would do a theatrical production”- ​Phil Collins

“It was better than the real thing”- ​Mike Rutherford