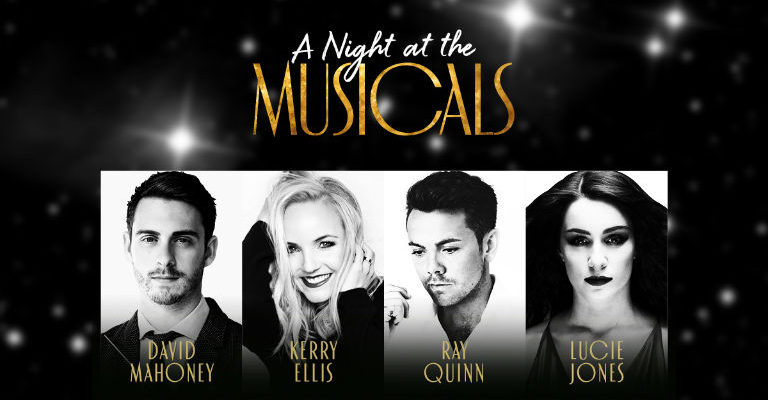 The musicals spectacular led by David Mahoney will feature The Novello Orchestra and some of the West End’s most acclaimed singers. The star-studded line up will include leading lady Kerry Ellis (whose credits include Wicked and Les Misérables), Dancing on Ice winner and X Factor star Ray Quinn, and Lucie Jones (Legally Blonde, Ghost, Rent, We Will Rock You), fresh from representing the UK in last year’s Eurovision Song Contest.

The Novello Orchestra has become synonymous with the glitz and glamour of the musicals, after recent acclaimed performances at the London Palladium, Wales Millennium Centre and Theatre Royal Drury Lane.

The celebration of musical theatre will feature show-stopping songs from Wicked, Les Misérables, Chicago, Hairspray, Miss Saigon and many more – all under the baton of David Mahoney, one of the UK’s leading pop conductors.

The Novello Orchestra has become renowned for it’s passionate, enigmatic performances and a charisma that has injected an energy and innovative take on the whole orchestral concept. The orchestra brings the very best of musical theatre to audiences through spectacular shows with stars of the West End and Broadway, with passionate playing, breathtaking orchestrations and the class and elegance of a night at the Oscars.

David Mahoney said: “I can’t wait to hit the road with The Novello Orchestra and this amazing line up of artists. The show is set to be a stylish, sophisticated take on well-known musical show-stoppers as well as more contemporary repertoire. A night not to be missed!.”