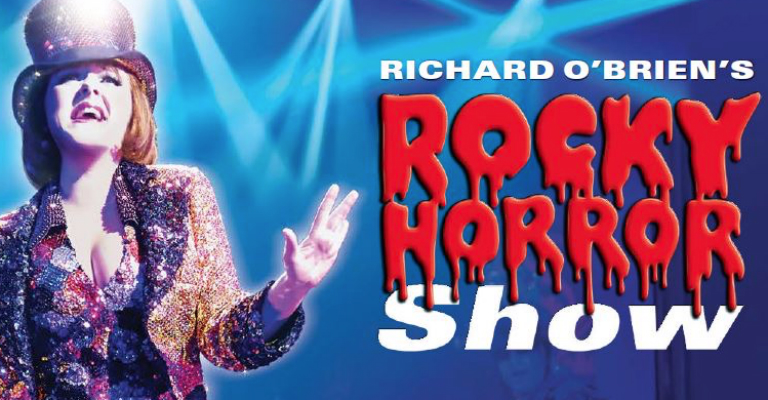 The world’s favourite rock ‘n’ roll musical is back by popular demand to thrill you once again with its frothy fun and naughty moments! Following over 40 years of worldwide productions, Richard O’Brien’s Rocky Horror Show is a non-stop party!

The Rocky Horror Show tells the story of Brad and his fiancée Janet, two squeaky clean college kids who meet Dr Frank ‘n’ Furter by chance when their car breaks down outside his house whilst on their way to visit a college professor. It is an adventure they’ll never forget, with fun, frolics, frocks and frivolity, bursting with timeless songs and outrageous outfits.

Featuring all of its famous musical classics, including Science Fiction/Double Feature, Sweet Transvestite, Dammit Janet and of course, the classic floor filler The Time Warp.

This is the boldest bash of them all, so sharpen those stilettos and get ready for the biggest bash in town! Be warned, this show has rude parts!

Trailer and photos of previous cast. Casting to be confirmed.