The Scottish Colourists: Cultural Connections Between Edinburgh and Paris 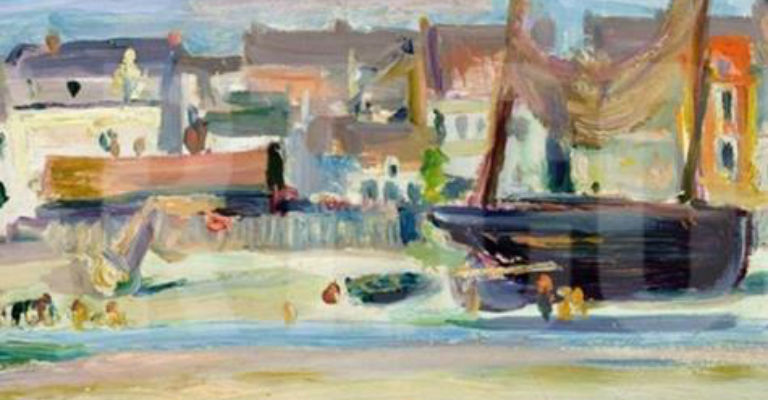 This lecture by Professor Maria Chester will discuss the cultural connections between Edinburgh and Paris, how French light and Celtic romance came together to create a style that would shock the art establishment in Britain, because “it was too modern, too strong, too French!” It is part of a programme of events around Scottish Colourists from the Fleming Collection, an exhibition hosted by Berwick Visual Arts at The Granary Gallery 27 May – 15 October.

To book tickets for the lecture please click HERE.

Professor Chester will start with Scotland in the 19th century, briefly describing those art movements that pre-dated the Colourists: The Four from Glasgow; the Glasgow Boys, The Glasgow Girls, all of them responsible of the “Glasgow Style” and then talk about what was going on in France.

Modern Art includes paintings produced from 1860 and begins with the Post-Impressionists painters, such as Van Gogh; Cezanne; Gauguin; Seurat and Toulouse – Lautrec. At the beginning of the 20th century, all new art movements were labelled with the term “avant-garde” until the word “modernism” prevailed. The “modernist movement” was a set of cultural tendencies in Western society. It was a revolt against the values of Realism.

Toulouse-Lautrec, Cézanne, Van Gogh, and Gauguin are the most well-known painters of the Post- Impressionist period in Paris. Among the Post-Impressionist movements in Paris were the Nabis, the Symbolists, the Fauves and the Cubists. Paul Cézanne is the bridge between late 19th-century Impressionism and the early 20th century’s art movements.

In 1907, Henri Matisse led a group of young artists who revolutionized Paris with wild, brightly coloured and expressive paintings: critics called this movement Fauvism (from fauve meaning wild beast in French). Japanese art and African art were also of great influence in those days. We will compare Impressionists, Post-Impressionists, Symbolists, Vorticists, Futurists and Fauves paintings with those of the Scottish Colourists. All of them went to the south coast of France, trying to catch the light. They were influenced by some of the French art movements, transforming their own style into something more local, more elegant and more sophisticated.

Prof. Chester will then conclude with the legacy they left, analyzing how deeply they have influenced British art. Many of their works are hanging on the walls of 10 Downing Street.They became “ambassadors for British art”, even if during their lifetime they were not all recognized.