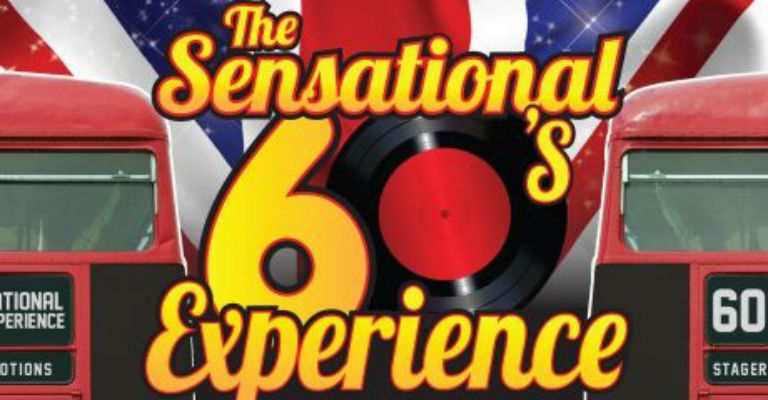 Returning by huge popular demand, for one night only.  Seven legendary names take to the stage and deliver to you a night never to be forgotten.  With the definite feel good factor this is must see 60’s show for 2016. Starring Herman’s Hermits, Chris Farlowe, New Amen Corner, The Swinging Blue Jeans, The Fortunes, The Ivy League, Alan Mosca from Freddie and The Dreamers.

This exclusive line up from the 60’s is crammed with nostalgia & hits such as, Hermans Hermits, I’m Into Something Good, Something Is Happening, No Milk Today, I’m Henry The 8th, Silhouettes, Mrs Brown You’ve Got A Lovely Daughter. Chris Farlowe, Handbags and Gladrags, Out Of Time. The Swinging Blue Jeans, Hippy Hippy Shake, You’re No Good, Don’t Make Me Over. The Fortunes, You’ve Got Your Troubles, Here It Comes Again, Storm In A Tea Cup. The Ivy League, That’s Why I’m Crying,  Funny How Love Can Be,  Tossing And Turning.  Alan Mosca from Freddie and The Dreamers, I’m Telling You Now, You Were Made For Me,  If You Gotta Make A Fool Of Somebody, I Understand.

Herman’s Hermits throughout the mid-60’s music scene proved to be a dominating force worldwide.  From 1964 the band chalked up over 23 top 20 singles, 10 hit albums, 3 major movies. Hermans Hermits as of to date have sold 75,000,000 records worldwide.  Their chart breaking hits include,  Mrs Brown You’ve Got A Lovely Daughter, Silhouettes, There’s A Kind Of Hush, Henry V111, Something Is Happening & I’m Into Something Good & many more to numerous to mention.  Hermans Hermits perform over 200 shows a year worldwide & now celebrating their 50th anniversary in the business Hermans Hermits are still into something good.

Chris Farlowe. Originally Chris Farlowe and The Thunderbirds started out in the late fifties. Chris later moved on to perform all over Europe & still does to this day. His hits include classics like Out Of Time, Handbags and Glad Rags (which was also released by Rod Stewart as a single) Let The Heartaches Begin, Reach Out I’ll Be There.

The New Amen Corner a force to be reckoned with on any stage throughout Europe will keep you entertained with classics such as If Paradise Is Half As Nice, Bend Me Shape Me.

The Swinging Blue Jeans have a history that spans back to the 1960’s. Over the years their hit singles Hippy Hippy Shake, You’re No Good, Good Golly Miss Molly and Don’t Make Me Over have been the bedrock of the bands memorable live performances.  The Swinging Blue Jeans has been led by Alan Lovell, faithfully carrying on the long tradition of the band.  Peter Oakman continues with the band to this day along with Jeff Bannister and Graham Hollingworth who complete the line up.

The Fortunes. Formed in the 1960’s and producing classics such as, You’ve Got Your Troubles, Here It Comes Again and, continuing into the seventies with more successful releases such as Storm in a Teacup and Freedom Come, Freedom Go. These songs have stood the test of time, becoming household favourites permanently on playlists everywhere. The Fortunes remain as one of the UKs premier harmony groups, and are constantly in demand worldwide.

The Ivy League, guarantee to have the audience rolling in the aisles with laughter!  Couple this with their hit records Funny How Love Can Be Tossing & Turning and That’s Why I’m Crying spells out the feel good factor at it’s very best.

Hosted by Alan Mosca from Freddie & The Dreamers