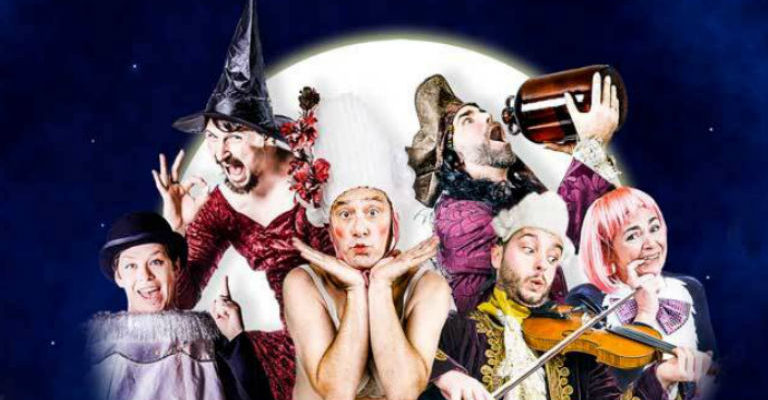 Your suggestions inspire the hilarious characters, ingenious songs, and all the unexpected twists and turns in this entirely improvised Christmas cracker of a show.

Be Prepared for: an off-the-wall epic tale of good versus evil, to roll into the aisles laughing, to raise the roof singing, and Be Warned: The Suggestibles put the X into Xmas.

“One of the hottest comedy tickets in the Northeast” The Guardian

You might expect goodies, baddies, fairies and furries, soppy love songs, scary bits and bags of sweets, but most of all, expect the unexpected! Cos it’s your suggestions that inspire the crazy characters, ingenious songs and all the imaginative twists and turns in this entirely improvised Christmas cracker of a show.

“As unexpected treats go this Christmas, they’ll not come any better than this” The Crack

This year The Impro Pantso will be in the cabaret setting of the Low Barn, with its own bar inside the venue. Book Early! Last year’s show was a sell-out.

“The best thing to happen to hilarity since the advent of the laugh!” NARC

“If you’re coming in from the cold, The Suggestibles may just change your perception of what live comedy is all about.” Gigglebeats