The Thing That Came From Over There! 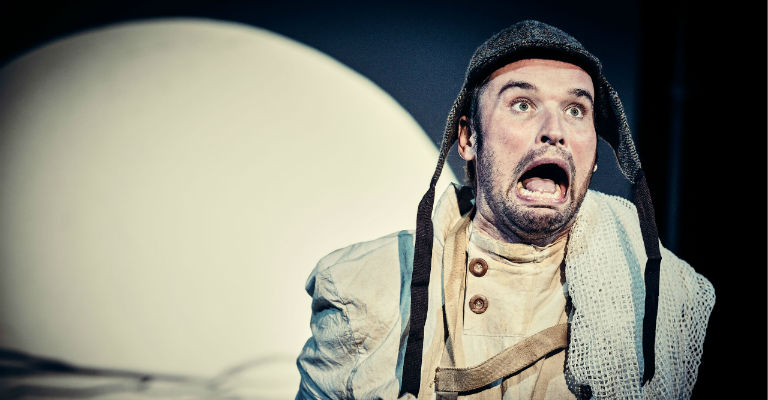 Inspired by the Horror movies of the 50s, this is a fast-paced rollicking ride, mixing paranoia, suspense and hilariously gruesome deaths.

It’s 1912, and as Scott and Amundsen begin their race across Antarctica, the hapless explorer, Captain Reginald Cranston, has accidentally landed on the wrong side of the continent.

As Cranston and his motley band set up camp, a meteor crashes nearby. Deciding to investigate, they set out towards the crash site – unaware of the danger that awaits not just them, but the whole of planet Earth.

What ancient evil lurks inside the crater? What is the dark secret of the slimy fungus? And what is the horrifying fate of those who encounter the parasitic space worms?

Join the three daring actors in another rip-roaring comedy adventure as they play over 15 roles in 85 minutes of shocks, spine tingling silliness, and blood curdling terror.

With comedy and thrills galore, the show features visual gags, verbal wit, giant puppetry, and even a little bit of live music.