The Third Policeman by Flann O'Brien adapted by Mark Pentecost 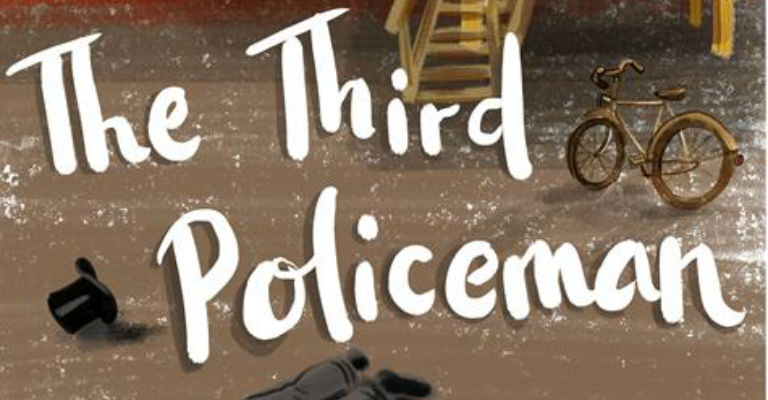 The de Selby Society bring to The Maltings a celebration of The Third Policeman through performance, music and storytelling.

Join us in John Divney’s bar for an unforgettable night of theatre as we follow the nightmarishly comic nameless anti-hero whose obsession with the philosopher de Selby leads inexorably to murder and a form of purgatory.

The production is directed by Mark Pentecost, the artistic director of the de Selby Society with dramaturgical assistance from Zöe Murtagh and Tippy O’Moynihan.

One of the great philosophical questions of our time is of course: “Is it about a bicycle?” Fifty years ago the question was posed in the posthumously published comic masterpiece, The Third Policeman by Flann O’Brien.

O’Brien wrote The Third Policeman between 1939 and 1940, however having failed to find a publisher, the author withdrew the manuscript from circulation and claimed he had lost it. He told friends that while driving through Donegal the boot of his car opened causing the manuscript to flutter out page by page until it was gone.

However, surely it could not have gone, because it was published a year after his death.

“Human existence being an hallucination containing in itself the secondary hallucinations of day and night (the latter an insanitary condition of the atmosphere due to accretions of black air) it ill becomes any man of sense to be concerned at the illusory approach of the supreme hallucination known as death.” – de Selby