The Trials of Galileo 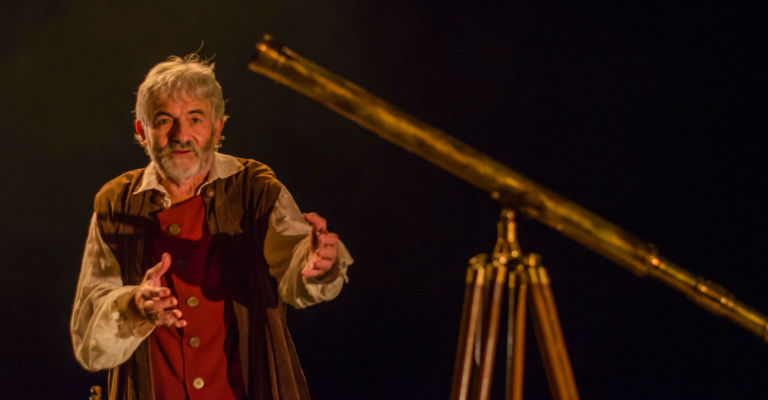 The Trials of Galileo focuses on the events surrounding Galileo’s heresy trial in 1633.

“The Universe is a divine miracle Galileo, not a clockwork toy! ‘Proof’ denies faith, and without faith we are nothing.”

In this reprimand by Pope Urban is Galileo’s tragedy, a mistaken belief that if he supplied the church with proof, he would enlighten the world while escaping persecution. He understood the science better than any man alive, but never grasped the politics. Until it was too late.

This witty, chilling, and passionate one-man rollercoaster stars Tim Hardy of the RSC / RADA, last seen in At the Mountains of Madness, and is written by Emmy Award-winner Nic Young.

After a successful tour of Malta, Spain, the Edinburgh Fringe, and America, RSC actor Tim Hardy follows a highly successful tour and multiple four-star reviews by bringing his solo show to across the UK.