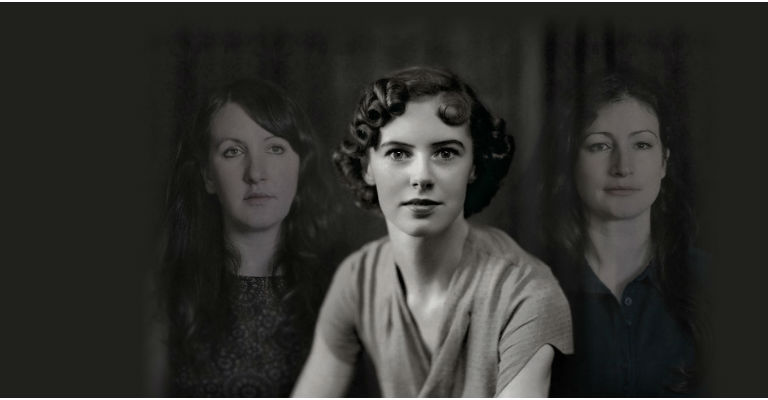 Following their acclaimed reinterpretations of the works of Robert Wyatt and Anthony & The Johnsons, Mercury-nominated mavericks of British folk music The Unthanks perform the extraordinary songs of Molly Drake.  Mother of Nick Drake – one of the most poetic and influential songwriters ever – her charming and bittersweet works deservedly rank alongside those of her brilliant son.

A wistful mother in the 1950s makes some simple home recordings in her family sitting room. Little could she have known that decades later, her son would become one of the most poetic and influential songwriters ever, or that more than sixty years later, the dust would be blown off her own songs. On the surface, the 2013 release of Molly Drake’s work could easily have been perceived as just a curious footnote and jigsaw piece in explaining the enormous talent of Nick Drake. In the eyes of The Unthanks however, and increasingly amongst others, Molly’s work is extraordinary enough to rank alongside and independently of her brilliant son.

With encouragement from the Drake musical estate and the full blessing and enthusiasm of celebrated actress Gabrielle Drake (Molly’s daughter and Nick’s sister) The Unthanks are sure to relish the opportunity. The Mercury nominated mavericks of British folk music are bound to treat the challenge with the same love and diligence for their subject as they did when reinterpreting the work of Robert Wyatt and Antony & The Johnson’s. This tour of her reimagined work will be accompanied by an album release of Molly Drake’s work – Diversions Vol 4. – the latest in a growing line of intrepid projects by The Unthanks.

Never intended for public release, Molly Drake’s recordings, made by her husband, were made at home and are of the time. In a climate where films, stories and music are being rehashed for spurious repeat exploitation, if ever a body of work actually merited reappraisal and fresh presentation, surely the work of Molly Drake is it. Her songs share plenty of common ground with her son’s – charming and bittersweet, yet dark and pensive.