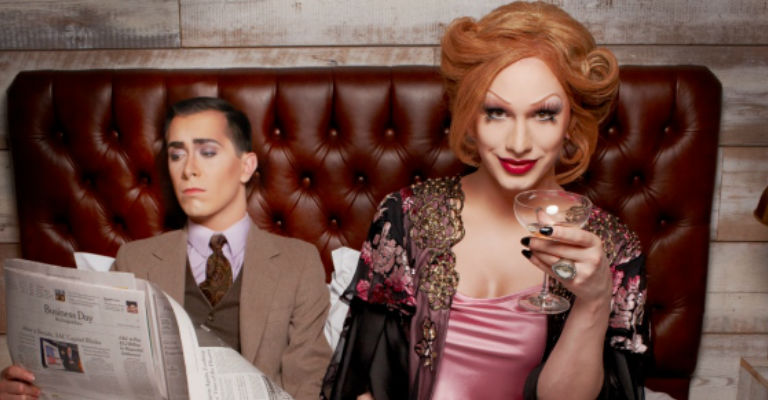 After selling out an often-extended Off-Broadway run, an Australian tour and a run at London’s Soho Theatre, RuPaul’s Drag Race winner Jinkx Monsoon is going on tour with The Vaudevillians, a bawdy, rowdy musical comedy co-starring composer and musician Major Scales.

Throughout the 1920’s Kitty Witless and Dr. Dan Von Dandy toured the United States as The Vaudevillians, wowing audiences with their edgy, original music. One day, while touring through Antarctica, they were victims of a devastating avalanche and were buried under two tons of sleet and snow – instantly freezing them alive. But thanks to Global Warming, they recently thawed out only to discover that pop artists had stolen their music and passed it off as their own. Now, at long last, they are taking to the stage to reclaim their songs, performing their music as originally composed. It’s a vintage cabaret with a twist of drag.

A production from Soho Theatre: London’s most vibrant venue for new theatre, comedy and cabaret, now developing and touring work across the UK and beyond.

‘The laughs are jam-packed and the musicianship is flawless… It’s an expert blend of comedy, song and theatre and I’m going to do my best to see it a second time.’ ★★★★ Time Out, Melbourne

‘Straight or gay, everyone leaves this show with sides aching from laughter.’ The New York Times

‘Intelligent and entertaining… Jinkx Monsoon and Major Scales are the millennial Kiki and Herb.’ TheaterMania