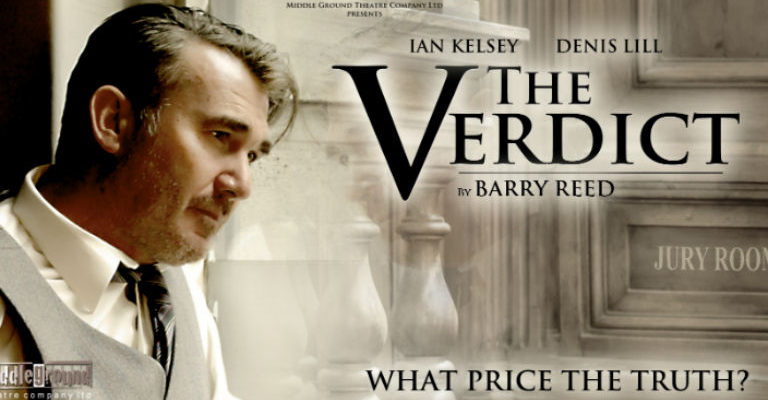 Following the phenomenal success of its world premiere tour, Middle Ground Theatre Company is delighted to present the second tour of the gripping and critically acclaimed courtroom sensation The Verdict.

Frank Galvin is a washed up veteran lawyer and an alcoholic. He is presented with one last chance to redeem himself when he is given an open-and-shut medical malpractice case that no one thinks he can win. Up against the unforgiving medical establishment and the all-powerful Catholic Church, he courageously refuses an out of court settlement, believing it is negligence that has condemned a young mother. Smelling a cover up, he instead takes the case and the entire legal system to court.

Ian Kelsey is known by millions for his regular roles in Blue Murder, Emmerdale, Casualty, Down To Earth, Where The Heart Is, Doctors and Coronation Street. He is joined by veteran star Denis Lill (Only Fools & Horses, The Royal), Paul Opacic (Bad Girls, Emmerdale/, Hollyoaks), Christopher Ettridge (Goodnight Sweetheart), Richard Walsh (London’s Burning) Karen Drury (Brookside) in a full cast of fifteen.

‘The Verdict is outstanding. The BEST performance we’ve seen in a very long time. You’ll be crazy to miss it.’ Cardiff Times