THE WRITE FESTIVAL RETURNS TO THE WORD 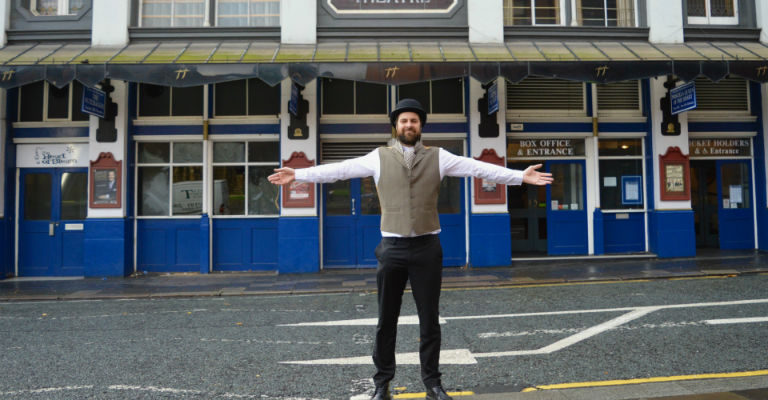 A South Tyneside festival is set to return – and this year promises to be even bigger and better.

The Word, National Centre for the Written Word, at South Shields has announced that its WRITE Festival, which proved a huge hit when it launched last year, will take place from Saturday 12 to Friday 25 May.

And, not only is it being extended from five days to a fortnight, but its jam- programme of workshops, events and activities for all ages, will expand to include venues across South Tyneside.

The festival – designed to celebrate the written word in all its forms – launches with a full day of fancy dress Doctor Who-themed family-fun at The Word and the chance to win a prize for best costume.

While, at The Customs House, writer and broadcaster Stuart Maconie, who retraced the route of the original 1936 Jarrow March will talk about his 300-mile trek.

Over the following two weeks, a series of workshops will be held in collaboration with local publishers and authors, for those keen to write and publish their own literary works.

There will also be talks from writers such as Nancy Revell, author of The Shipyard Girls series, DCI Ryan creator LJ Ross, Adam Bushnell, Jenn Ashworth and debut novelist Sarah Dunnakey, while former writer in residence at the Word, Celia Bryce, will hold a workshop on editing manuscripts.

Other festival highlights will include a free Silent Book Disco, when children will put on headphones and read and dance to a playlist of songs inspired by some of their favourite books and, for older audiences, an afternoon of radio-style comedy with Ed Waugh.

For youngsters, illustrator Faye Hanson will hold an interactive workshop to celebrate the release of her new picture book, All at Sea: There’s a New Baby in the Family.

And forensic artist Norman Kirtlan will talk about his latest book, Death From… which  examines some of the strange and tragic County Durham cases handled by Victorian coroners,  while  Tom Kelly will showcase some of the projects he has worked on during his time in residency at The Word.

The works of Jane Austen will form the basis for a special event, History Wardrobe Presents… Bad Girls and Bonnets, when audiences will be able to view original costume items and hear readings from the author’s most famous works.

In a first for the festival, The Stags Head pub, at South Shields, is holding a Poetry Slam when amateur poets will showcase their slam skills with a range of brilliant, angry, funny, ranting and passionate poems.

And sessions for schools are also being arranged to be held at The Word, in partnership with OpenZone, and at Jarrow, Hebburn and Cleadon Park Libraries.

To close the festival, South Shields journalist Kevin Maguire will be the subject of An Audience With, on 25 May at The Word, when he will talk about his long and interesting career in print.

Tania Robinson, head of marketing and culture at The Word: National Centre for the Written Word, said the programme of events was in direct response to the success of last year’s festival and “will showcase the vast array of literary and creative talent within our region.

“There is no doubt that demand is going to be very high for tickets to these events, so I would urge people to book early to avoid disappointment,” she added.

Customs House Executive Director Ray Spencer said: “It’s really exciting to be part of the WRITE Festival and work in partnership with The Word. We’re looking to discover and produce new writing talent.”