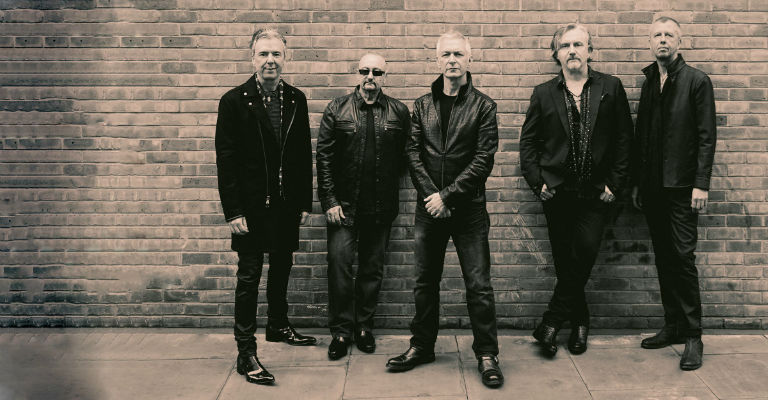 The mighty Thunder will be undertaking a UK tour in March 2017. These hotly anticipated dates will of course be packed with many of the hits from the band’s stellar history, but also tracks from their follow up to the 2015 Top Ten hit album ‘Wonder Days’, which was described by Classic Rock as, “Brilliant…a massive reminder that class is both timeless and incandescent”.

Since forming in 1989, the Londoners have established themselves among the UK’s most consistent attractions, notching up some twenty Top Fifty singles and cultivating a well-deserved reputation as consummate live performers. Having been feted by Axl Rose of Guns N’ Roses, Aerosmith and Whitesnake’s David Coverdale, their first two albums, ‘Back Street Symphony’ (1990) and ‘Laughing On Judgement Day’ (1992), both were certified Gold in the UK. With a lineage dating back to the cream of British hard rock – Led Zeppelin, Bad Company, The Who and Deep Purple – and songwriting greats such as the Kinks, The Beatles and The Faces, the band’s sound is a timeless marriage of unforgettable melodies and sheer rock power.

Frontman Danny Bowes said, “After the arena shows in 2015 and 2016, we decided when we played the UK again, it would be great to take it back to where people live, and this is our longest UK tour for years. We’re looking forward to playing in theatres again, and of course the new album will be out by then, so I’ll be relying on the fans to learn all the words, mostly so they can remind me when I muck them up”.