Tyne To Stand Up 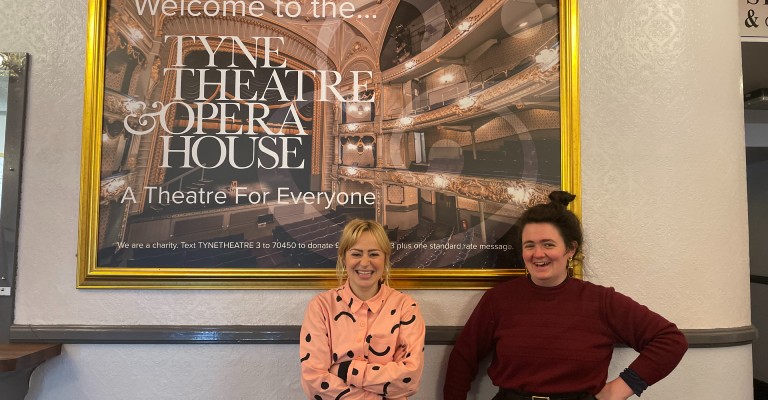 The show takes place in aid of Rape Crisis Tyneside and Northumberland with all money going to the charity. An awesome line-up has been assembled, with the show shining a light on women and the incredible talent we have in the region.

All comedians are donating their time for free to this incredible cause and the range of comedic viewpoints on show will ensure a raucous night out for all those in attendance on 8th March.

Tickets are £10 for the show which starts at 8pm and are on sale from Wednesday 8th December at 10am.

This rare gala show is a massive event for the North East’s cultural calendar, with this showcase of the rambunctious women North East comedy regularly produces sure to be a night to remember.

With the comedic line-up curated by local comedy Community Interest Company Felt Nowt, there’s a real assurance of strong comedy credentials in aid of an important cause. Comedian and Felt Nowt Director Lauren Pattison says ‘The North East is bursting with fantastic female talent, some of which have given their time in aid of Rape Crisis. The work they do is invaluable and Felt Nowt are delighted to be able to help support such a worthy cause. It’s set to be a brilliant evening of laughter, all while raising money to help the team at Rape Crisis continue to offer the crucial services to women and girls in our area who need them during unimaginably difficult times.’

Theatre Director, Joanne Johnson said “Supporting local comedy talent is an important part of our ethos; it is an honour for the Tyne Theatre and Opera House to host this event which will bring together some of the finest acts the region has to offer in aid of Rape Crisis, a vital organisation whose work is invaluable for the Northeast. We look forward to yet another evening of laughter in the calendar for 2022!”

Felt Nowt is a not-for-profit organisation that has a goal to transform the North East comedy scene for audiences and comedians.

As a community interest company (CIC), Felt Nowt will reinvest all of its profits back into the business with the long-term goal of taking comedy to communities that might not otherwise have access to it.

As an organisation run by comedians for comedy fans, of course entertainment value is a top priority, but what makes this organisation so unique are its mission and how it’s executed. As a community interest company (CIC), Felt Nowt reinvests all of its profits back into the business with the long-term goals of recognising, building and promoting regional comedy and comedic talent – from beginners to national treasures – and taking comedy into communities that might not otherwise have access to it. Its Board of Directors include local comedians Lee Kyle, Gavin Webster, Lauren Pattison, Hal Branson, John Gibson and Si Beckwith.

ABOUT RAPE CRISIS TYNESIDE AND NORTHUMBERLAND

Rape Crisis Tyneside and Northumberland is a charity that provides services to women and girls who live, work or study in Tyneside and Northumberland. It is completely independent of the criminal justice system, including the police, and its services are for women and girls over 13 who have experienced any form of sexual violence at any time in their lives. Services are free and confidential. rctn.org.uk