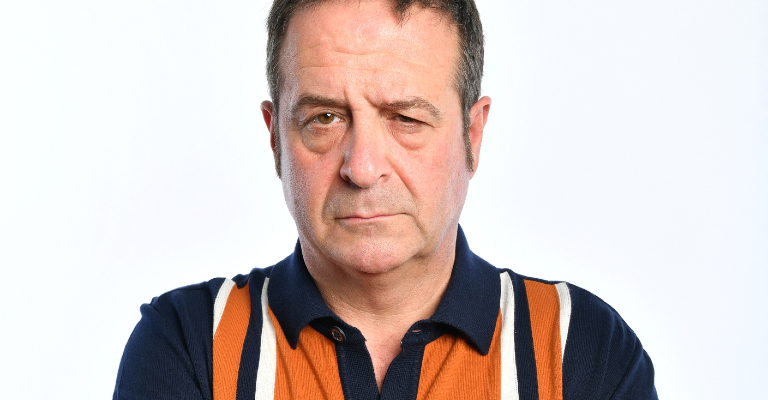 In his latest show 50 Things About Us, Mark Thomas combines his trademark mix of storytelling, stand-up, mischief and really, really well researched material to examine how we have come to inhabit this divided wasteland that some of us call the United Kingdom.

Delighted to be back on the road once again, Mark picks through the myths, facts and figures of our national identities to ask how we have so much feeling for such a hollow land. Who do we think we are? It is a show about money, history, songs, gongs, wigs, unicorns, guns, bungs, sods of soil and rich people* in the vein of The Manifesto-meets-sweary history channel.

An unstoppable force both on and off-stage, Mark has stopped arms deals, created a manifesto and brought the winning policy to parliament, walked the entire length of the Israeli wall in the West Bank, set up a comedy club in Jenin, had six series on Channel 4 alongside several television documentaries and radio series, written some books, grabbed a Guinness World Record, toured sell-out tours,  won numerous awards, nabbed himself a Medal of Honour and succeeded in changing some laws along the way.

50 Things About Us is also a podcast, and was published as a book last year by September Publishing.

*(not the adjective Mark has chosen)