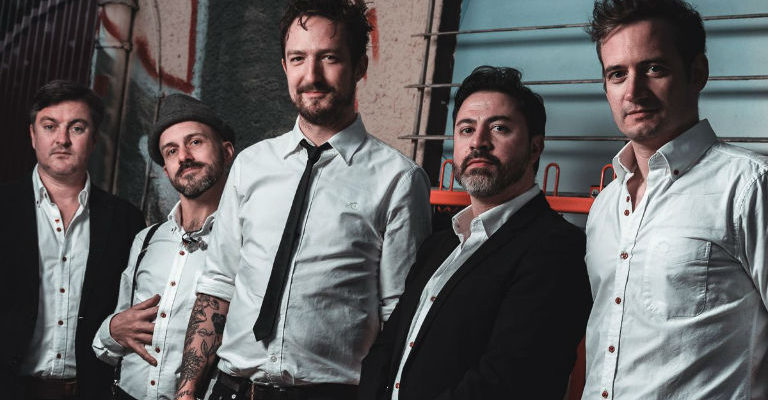 Inspired by the region’s industrial roots, an epic outdoor three-day live music festival will take place on the banks of the Tyne this summer and will feature three of the UK’s most prolific and celebrated artists.

Taking place at Spillers Wharf – on the site of the former Spillers Flour Mill – the event is set to shine a light on Tyneside’s industrial past and will serve as a welcome reminder of the continued programming of major high profile live music events in the region.

Festival Organiser, Steve Davis, explains: “We hope Wasteland becomes a firm favourite of the North East festival calendar. It will offer some truly different. We’ll have street theatre, local ales and food produce and a line-up that has been handpicked to represent the working class values of the region and our proud industrial heritage.

“We are in a privileged position to be able to bring such acts to the North East and we feel there is a gap in the market for an event that is more than just music related. We’re excited to execute a project of this scale and we can’t wait for the site build to begin.

As part of the festival, indie band Bloc Party will make a welcome return to the North East and have promised to perform their stunning debut album Silent Alarm on the Friday leg of the event in full alongside other classics.

Meanwhile, the award-winning folk songsmith Frank Turner and his band The Sleeping Souls will be flying into Newcastle to perform another rousing set of his outrageous back catalogue as part of the Saturday billing.

And with yet more high-calibre acts to be announced, Wasteland is perfectly poised to be another welcome addition to the North East musical calendar.

Steve Davis, adds: “This is only the beginning of a wave of amazing announcements for Wasteland.

“People are going to love the Sunday headliner once announced and we’ll be hosting a full programme of live music on each of three days. Stay tuned for updates!”

Bloc Party will continue to celebrate their 2005 debut record this summer at Wasteland on the back of a string of sell-out shows throughout the UK.

The four-piece’s debut LP came out back in February 2005, and the band played special UK shows in London and Leeds back in October in honour of the record.

Now they will be taking ‘Silent Alarm’ around the UK this summer including the huge outdoor epic gathering on Tyneside.

Frank Turner, who grew up in Winchester, is now one of the biggest names on the rock circuit having played at the Opening Ceremony for the London 2012 Olympics as well as selling out some of the biggest arenas in the country.

One of the hardest-working artists around with more than 2,300 gigs to his name, he has just concluded a sell-out nationwide tour including the 6,000-capacity Bournemouth International Centre and his appearance at Wasteland is sure to send tickets soaring.