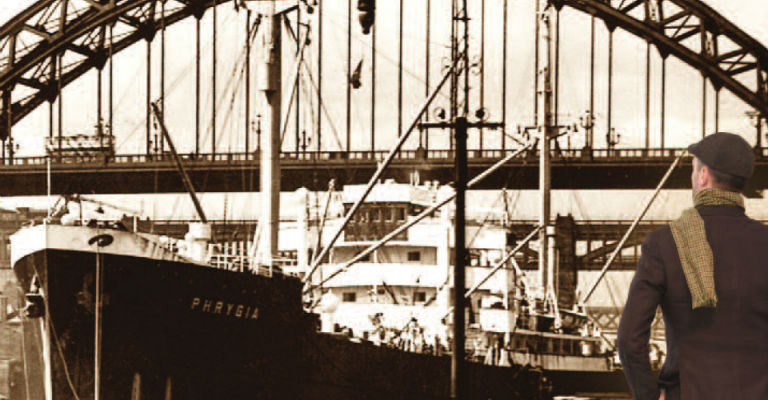 The author and director of a new play based on a 1970s TV classic will be talking about the production at a special event this month.

The play, When The Boat Comes In, has been written by Peter Mitchell, whose father created the series of the same name.

And he will be joined by its director for When The Boat Comes In – An Evening with Peter Mitchell and Katy Weir, at The Word, National Centre for the Written Word, South Shields, on Friday 10 August.

The landmark and much-loved series, created by James Mitchell, was the first mainstream TV drama to be set in the North East and, at its peak, achieved 15 million viewers.

Now his son’s gritty drama – which opens at the nearby The Customs House on 16 August – explores the struggles of life during the inter-war years in the mythical Tyneside town of Gallowshield – based on Mitchell’s birthplace, South Shields.

The story begins with Sgt Jack Ford returning from active service in WW1 to discover that, in peace time, the place he left is still battling poverty, ill-health, unemployment and discrimination.

But Jack has not endured the horrors of war to live a life of misery – he has set his sights on the high life and is determined to get what he wants, whatever the cost.

At When The Boat Comes In – An Evening With …, Peter will talk about why he has decided to adapt his father’s work for stage and why he is revisiting the characters, while Katy will talk about the current production, casting and her take on the play.

“The TV series was a classic,” said Tania Robinson, Head of Marketing and Culture at The Word, National Centre for the Written Word, “which really brought the hardships of the region, between the wars, to life.

“And we are delighted Peter and Katy are coming to talk about their stage version, which will bring the drama to a whole new generation.”