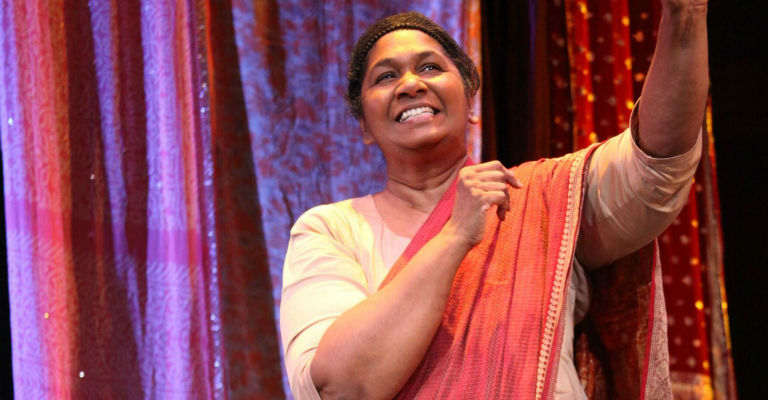 Six yards of cloth, wound round tight
Or draped seductively
Or practically, for breastfeeding
Or pulled between thighs to walk like a man
Or wildly thrown together, with Doc Martin boots
A modest proposal or a political act or a defiant one

Written and performed by Rani Moorthy and directed by Kimberley Sykes, the play, by turns funny and poignant, examines the role of the sari in the lives of the 5 characters; from an old Asian woman whose saris are like her second skin, a young mother giving birth in a war zone wrapping her twin babies in her wedding sari, a Malaysian historian connects the sari with mythology, a transgender reflects on his girlfriend’s sari obsession, a low caste weaver and a character who contemplates the sari in her final hours.