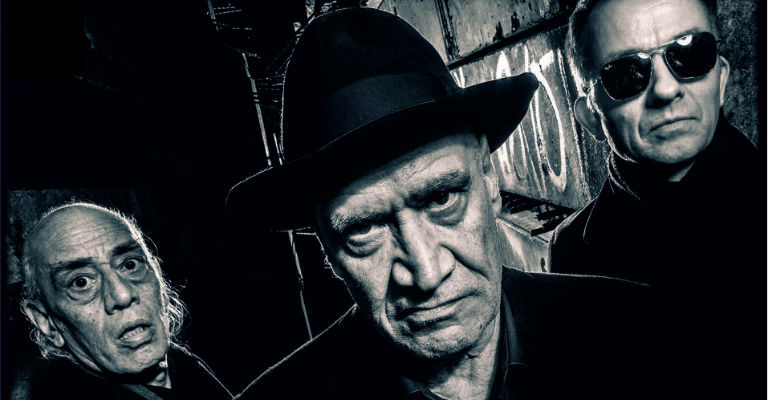 Following Wilko’s cancer recovery, the original Dr Feelgood guitarist has enjoyed a rousing return to the live arena recently, including a number 1 album with Roger Daltrey and playing a sold out show at The Royal Albert Hall to mark his 70th birthday.

Heavily influenced by Mick Green, Wilko employs a finger-style, chop-chord strumming action (the ‘stab’, as he describes it). This allows for chords and lead to be played at the same time, giving a fluency and a distinctive sound very unlike the cleaner swat of a pick.

With this economic sound, coupled with that black-suited, scowling look, and the yards he covered across the stage pausing only to twist the guitar lead out from under his feet, Wilko became one of the guitar heroes of the era.

Following a stint with Ian Dury & The Blockheads in the 80′s he eventually formed The Wilko Johnson Band with ex-Blockhead Norman Watt-Roy on bass. Also featuring Dylan Howe on drums, the trio have become one of the most exciting r’n’b bands in the world today.

Glenn Tilbrook has more than earned his place at pop’s top table as one of our most cherished Songwriters, singers and guitarists, not to mention an in-demand and endlessly endearing live performer.  45 years after he first linked up with Chris Difford to form the band that became the much-loved evergreen Squeeze, his unwavering devotion to, and joy of playing live, shows no signs of diminishing.