Women of the Northern Coalfields 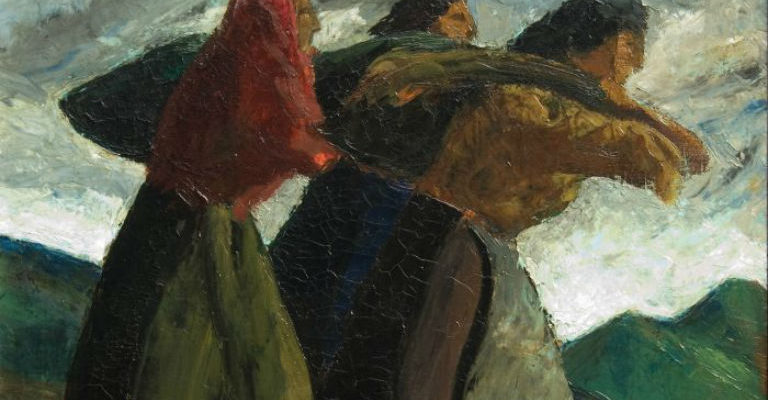 This exhibition focuses on women of the 19th century and their untold role in the coal industry and mining communities. Artworks and archival material challenge the long accepted view that women in northern mining communities were simply wives, mothers or domestic workers, content to sit on the side-lines.

Known as Tip Girls, Pit Brow Lasses or Pit Bank Women, some women did go against the grain of society to work at the mines. But many more found other ways to support their loved ones.

Families of miners lived in constant fear of pit disasters and the risk of losing not only a loved one, but also their breadwinner. As housing was often provided by the colliery owner, if the man of the house was injured or killed, the mother and children would lose their home. Many women prepared against this by taking in washing, mending and dressmaking to protect the family’s finances.

Artworks featured in the exhibition include Pit Brow Lasses by David Venables, which depicts two female workers taking a break from their task to gaze out at the viewer. Venables finished the painting in 2015, using sketches he made half a century earlier, during a visit to Wigan colliery.

Visitors will also be able to see On the Coal Tips, by former miner Archie Rhys Griffiths (pictured). This dramatic painting captures in earthy tones three women hauling bags of coal during a strike.

Personal histories will be used as part of the exhibition, shining a light on the often overlooked role of women in these communities and telling the inspirational tales of women whose spirit and determination shone through in hard times.