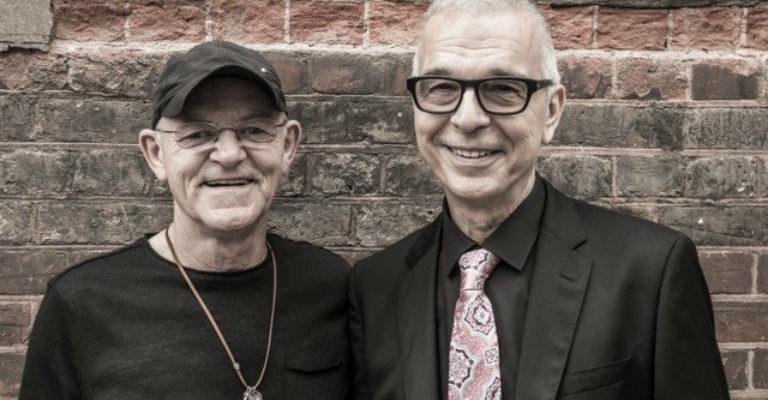 Tyne Theatre & Opera House are thrilled to welcome Holy Holy to their stage – probably the closest experience to a Bowie gig you can get!

Holy Holy are Bowie’s drummer and Spider Man from Mars – Woody Woodmansey and producer Tony Visconti, who worked on many of Bowie’s albums and played Bass on the Man Who Sold The World.

Accompanied by an all-star band that includes glorious Bowie-esque vocals from Heaven 17’s Glenn Gregory, a Bowie fan and friend who also performed alongside Bowie on the original Band Aid single in 1984.

The group perform Bowie’s material from the early years of ’69 – 73, upon which both Woody and Tony contributed at that time, making these exceptionally accomplished musicians and writers a long way from a Tribute band. They’re the real deal, original Bowie band members, bringing the magic back to life with one of the greatest synth pop front men of the 80’s joining the parade!

Theatre Director Joanne Johnson says: “This is a very exciting gig for us, to have music legends like Woody Woodmansey, Tony Visconti and Glen Gregory performing on the Tyne Theatre stage is incredible. Bowie fans will not want to miss this experience! Our music programme is always expanding – we also have icons like Steve Harley and Alexander O’Neal coming up, and the wonderful acoustics in our auditorium will make these shows unmissable.”