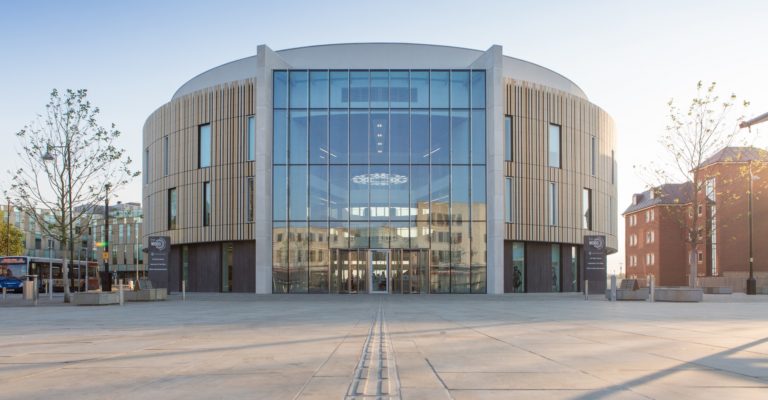 ONE of television’s leading double acts is heading to the region to take part in the North East’s top literary festival.

The fourth annual WRITE Festival returns to The Word, National Centre for the Written Word, at South Shields, on Saturday 23 May with an extended three-week programme of events, workshops and activities for all ages.

And among the highlights will be a special appearance by Good Morning Britain’s political pundits and sparring partners, South Shields journalist Kevin Maguire and the Daily Mail’s Andrew Pierce.

The pair – who have a regular slot on the ITV show, hosted by Piers Morgan – will be the stars of an In Conversation evening on Thursday 28 May and are just two of the big names set to appear at this year’s Festival, celebrating words in all their forms.

The programme will also include audiences with a host of authors, including The Yorkshire Shepherdess, Amanda Owen, who will talk about her three best-selling books along with her Channel 5 show, Our Yorkshire Farm, on 5 June.

Then, on 12 June, BAFTA-nominated, award-winning writer, poet, performer playwright, artist and broadcaster Lemn Sissay MBE, will talk about his life and work at a special In Conversation event with BBC Radio Newcastle’s Anna Foster.

In a new move for this year, the Festival has added an extra week to the programme, just for children, with arts and crafts, film making and laser printing sessions between 23 and 29 May.

And, in another new initiative for this year’s Festival, The Word is holding two, teenager friendly events; a Young Writers’ Day on 23 May and, on 29 May, a YouTube Masterclass for those who either want to start their own YouTube or grow an existing one.

Then, on 6 June, the spoken word will be the focus of attention when The Festival holds a Wor Dialect Day, celebrating words and phrases unique to the North East.

As part of previous exhibitions, 2400 words and phrases were donated by visitors, creating the Word Bank of Lost Dialects.

This will be on show to visitors who will also be able to enjoy three new dialect songs commissioned by The Word and written by local singer/songwriter Jen Stevens and find out the winner of the recent Lost Words Dialect Writing Competition.

And, in keeping with previous years, a series of workshops will be held in collaboration with local publishers and authors, throughout the three-week festival, for those keen to write and publish their own literary works.

“WRITE 2020 is undoubtedly our most ambitious programme yet,” said Tania Robinson, Head of Culture, at The Word, National Centre for the Written Word.

“Extending the festival has given us the chance to incorporate more events, while our growing reputation has secured more big names for our adult audience.

“The Festival is also a fantastic springboard for community engagement and, along with new commissions, we will be engaging with local schools and students and supporting aspiring writers in the community.”