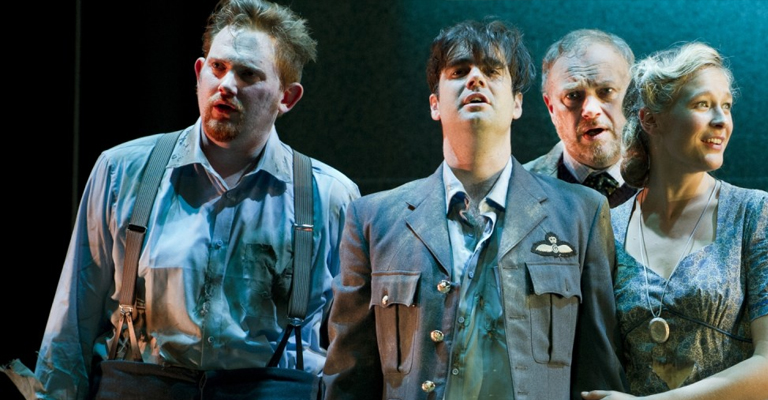 One of ETO’s most warm-hearted and humorous productions of recent years was Xerxes, which saw Handel’s astonishing setting of a Venetian text relocated to the Battle of Britain, with the Persian king recast as a glamorous prince-turned-pilot jealous of his brother’s stronger sex appeal.

The score is absolutely Handel at his best, sometimes fiery and even explosive, at other times deeply touching. Julia Riley, Clint van der Linde, Laura Mitchell and Andrew Slater return in their original roles, with Peter Brathwaite and Galina Averina in her company debut, and Jonathan Peter Kenny directing the spitfire brilliance of the Old Street Band.

Revival, sung in English with surtitles