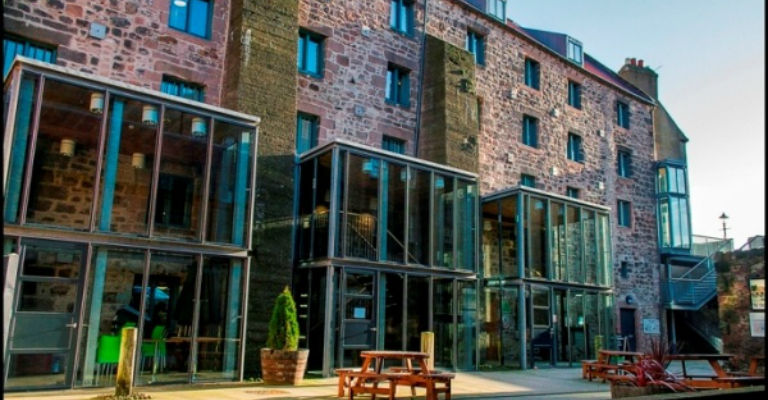 The Granary Gallery can be found on the 2nd Floor of Berwick YHA off Dewar’s Lane and houses a temporary programme of exhibitions throughout the year with a focus on modern British art and artists who have been inspired by Northumberland and the Scottish borders.

Originally known as Dewar’s Lane Granary, the building was built 1769, part of a densely-packed concentration of narrow streets and alleyways within Berwick’s Elizabethan Quay Walls. It was badly damaged by fire early in 1815 , but continued to be used as a granary up until 1985 before it fell into disrepair.

It was refurbished by Berwick-upon-Tweed Preservation Trust and re-opened in 2010 with a youth hostel, bistro, seminar and meeting rooms and the Granary Gallery.