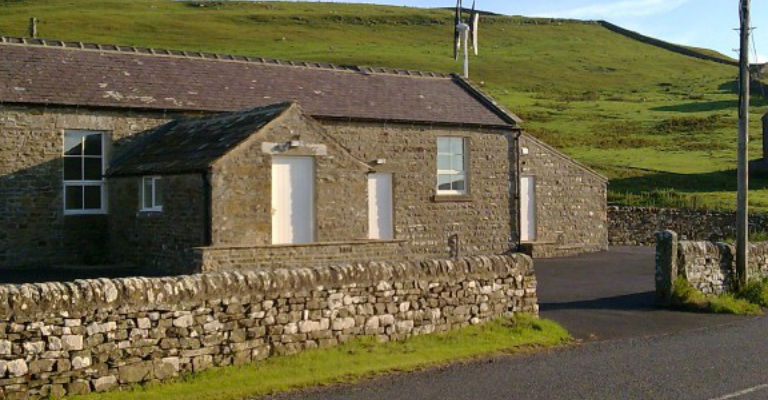 Lunedale Parish is situated within Teesdale in the south of County Durham. The population reside on isolated farms, or in small farming hamlets, mainly in the east of the parish. The B6276, from Teesdale west to Brough in Cumbria passes through the southern part of the parish. Lunedale, which prior to 1974 was the most northwesterly part of the North Riding of Yorkshire, is a very sparsely populated area of Upper Teesdale with barely 40 homesteads. Its unique flora, fauna and geology give the area national and international importance. For more information visit www.lunedaleheritage.org.uk

Carlbeck Community Centre was formerly a school built in the 1850s and enlarged in 1885 and 1895, the monies being raised by the people of Lunedale. Records show that the Earl of Strathmore, Sir Fredrick Milburn MP, the dale’s people and pupils gave donations for its upkeep and it was receiving grant money from the Government in 1885. in 1902, when the newly formed North Riding Education Committee took over the running of it, sixty-six children were registered and in the previous decade there is anecdotal evidence of seventy-two pupils. The school finally closed in 1958 with only eleven pupils on roll. The buiidinq then served as a Community Centre for a number of years, however, not only was the population of the dale still in decline but also people’s expectations were changing and they were able to travel further afield. The Barnard Castle branch of the YMCA converted the building into an outdoor centre in the 1970s. After the YMCA ceased to use it, staff from Longfield School, Darlington leased it for the same purpose until the late 1990s. after which it fell into disuse.

The Centre is open come and visit us check out the activities on the calendar below.