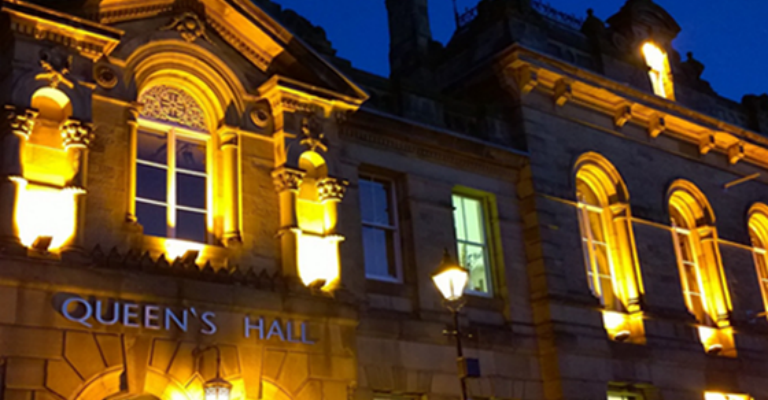 The Queen’s Hall is a magnificent early Victorian building which faces Hexham Abbey (dating from 647AD).  From its christening as an arts centre in 1983 until the hand over to the charitable organisation, Queens Hall Arts in 2001, the building was under local authority control. The building is shared with Hexham Library and the Little Angel Café, both tenants of Queens Hall Arts.

QHAC has established itself as a strong base for an extensive range of artistic activity, attracting the best international and national artists from music, drama, dance and national touring comedy to non professional shows put on by local community groups.

In addition to programming within the building, QHA delivers an extensive outreach service bringing workshops and performances to communities throughout Northumberland.