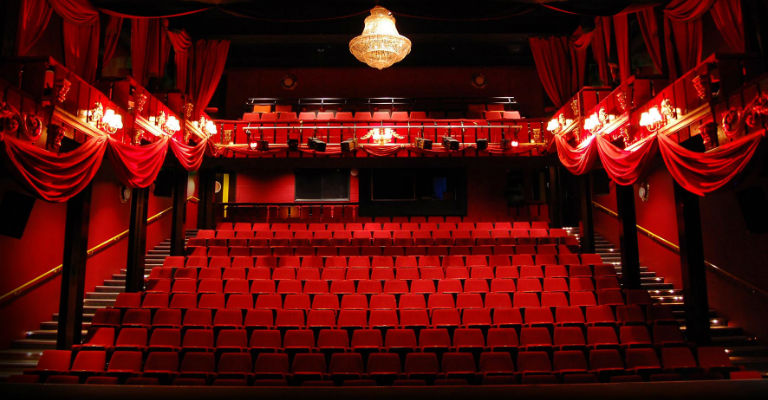 The Maltings is a purpose-built arts complex in the centre of the historic walled market town of Berwick-upon-Tweed –  at the northernmost tip of North East England, just 3 miles from the Scottish border. Each year we present a diverse mix of over 500 live events, workshops and digital cinema screenings, selling over 60,000 tickets, and serving as a key cultural hub for North Northumberland and the eastern Scottish Borders.

We celebrated our 25th birthday in 2015 with a series of special events programmed through the year, including a memorable visit by HRH the Duke of Wessex on 1 May.

The building stands on a hillside in the centre of Berwick-upon-Tweed with views across the 17th century old Berwick Bridge and the Tweed estuary. It was built in the ruins of an early 19th-century Maltings, which had been destroyed by fire in 1984. The new theatre was designed by architects Law & Dunbar-Nasmith, and was opened on 4 April 1990 by Peter Palumbo, then chairman of Arts Council England. It is managed by The Maltings (Berwick) Trust, a company limited by guarantee and a registered charity.

The venue comprises a main house theatre (the largest theatre space between Newcastle and Edinburgh), the  Henry Travers studio theatre (named in honour of local boy and Clarence the guardian angel in It’s a Wonderful Life), workshop spaces, meetings rooms, office, bar and café over 5 floors.