Alan Shearer, ROX and Hublot team up to auction unique watch for charity 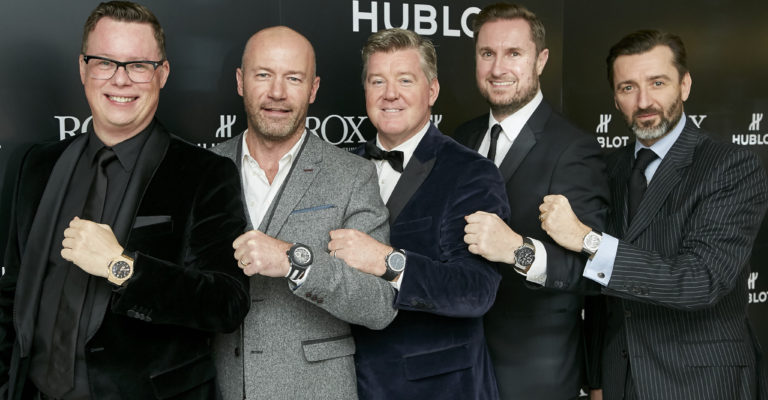 Swiss luxury watch brand Hublot and leading watch and jewellery retailed ROX are marking 10 years of the former’s iconic All Black Concept with a very special event in partnership with the Alan Shearer Foundation.

The legendary Alan Shearer developed a relationship with Hublot a decade ago, around the same time as his retirement from professional football, and so he’s been given one of the watches in question. The second watch, the only other one in existence, will be auctioned off at the Alan Shearer Foundation’s annual charity Gala Dinner, which takes place on 18th February.

Shearer himself said: “I have been associated with Hublot for nearly 10 years now, during which time we have had an incredible relationship and they have been very supportive of my Foundation. This year they have donated a special piece to auction at the annual Ball with all the proceeds going to the Alan Shearer Foundation. Their support and generosity over the years has been incredible.”

The watch in question is symbolic of Shearer’s career, featuring Newcastle United’s black and white colours and the iconic number 9 on the dial. The case-back also features an engraving of the footballer’s final goal kick – the same shot that has been immortalised as a statue outside St. James’ Park.

You can bid to be the only other person in the world to own the same timepiece as Shearer, and in the process donate proceeds to his Foundation, at the ROX website. Bids are open until 16th February, with a live auction taking place at the Gala Dinner on the 18th.