Could your dog star in La Boheme at the Sunderland Empire?

Posted on February 13th 2017 by Whats on Northeast 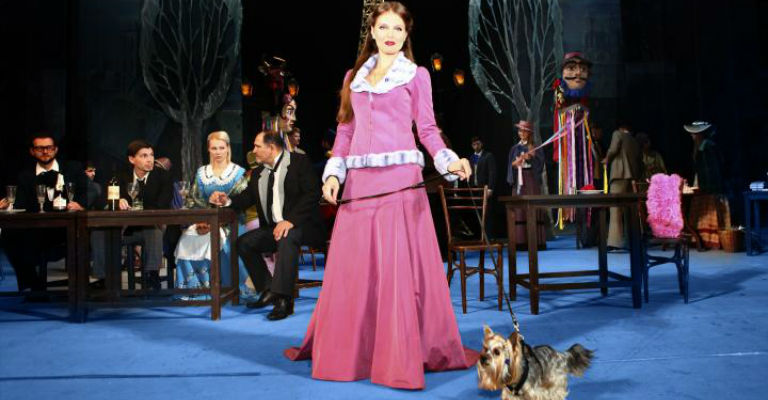 On Saturday 11th March Ellen Kent is bringing her latest production of the opera La Boheme to Sunderland Empire. The performance is already set to be a glittering take on the classic romantic opera, which tells the tale of Parisian love and contains a number of well-known arias by Puccini. Or should that be Pooch-ini?

Kent is current looking for a canine star to perform in the production alongside internationally renowned soprano Olga Perrier and rising star Alyona Kistenyova. So she’s asking the region’s dog lovers to get involved!

If you think your dog has what it takes, then they could well be firmly in the spotlight. There’s one or two requirements: your dog has to be small and well-behaved and you will also have to be prepared to go on stage in full costume to help look after the pooch during his shining moment. But if you think you and your canine fit the bill then why not take them along to the audition?

Ellen Kent herself said: “People say never work with children or animals but I love to do both. The first time was 20 years ago when my pet cat Holly Go-Lightly was in one of my productions and was an instant hit. Since then we’ve had horses, dogs, goldfish and even a golden eagle with a 6ft wingspan on stage.

“Many years ago when we last did La Boheme and asked local people to volunteer their pets it was a huge success. We even used a rescue dog once and found him dozens of new owners! We’re a nation of animal lovers after all. I’m sure there is plenty of doggie talent out there.”

If you think your dog could be the next big star on the scene, make sure you don’t miss this opportunity!

To audition your dog, send a photograph to Jules Bath on her email: jules@ellenkent.co.uk.  Please include your contact number and address as well as the breed, height, weight, age and name of your dog. If you are successful, you will be informed several weeks before the performance.