Posted on April 21st 2022 by Whats on Northeast 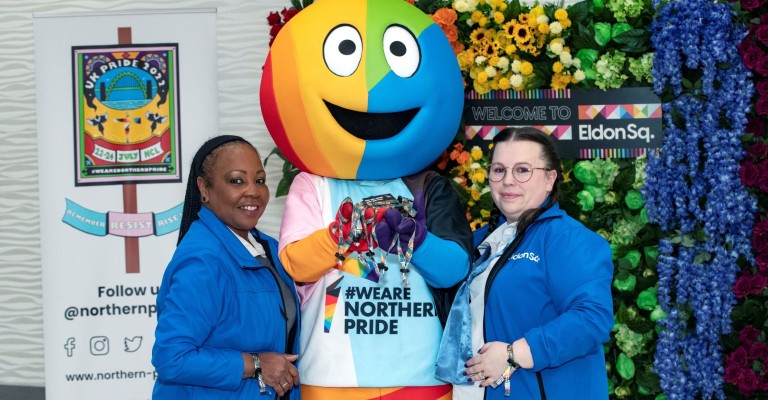 And this year’s wristbands will not only raise money for the LGBTQ+ charity to help keep the weekend festival free but will also unlock exclusive offers from retailers across the shopping centre.

With a suggested donation of £2 each, the wristbands can be used to redeem deals at a wide range of stores, including 10 per cent off at Accessorize, Lakeland, Molton Brown, New Look, The Geordie Witch and Whittard.

Those with a sweet tooth can make the most of 20 per cent off at Millie’s Cookies, while Boost Juice will offer two regular smoothies for the price of one.

And this year’s wristbands are made from 100 per cent recycled materials using PET – shredded pellets from plastic bottles which are then spun into thread.

Ste Dunn, director of Northern Pride, is delighted to have Eldon Square back on board.

“Eldon Square are fantastic supporters of Northern Pride and their retailers have been incredibly generous this year,” he said.

“There are some amazing savings on offer on everything from a new outfit to a meal out and it’s great to be able to give something back to everyone who supports us.

“We’re so excited to bring the UK Pride title to Newcastle and we have some amazing plans lined up to make this year’s festival our best yet.”

UK Pride takes place from 22 to 24 July at Newcastle’s Town Moor, with a star-studded line-up still to be announced.

Tania Kelly, Marketing Manager at Eldon Square said: “It is a pleasure to once again be able to announce our support for such a great charity. The impact of the initiatives from Northern Pride are far-reaching and so important to the culture of Newcastle Upon Tyne. We are proud to be able support the charity’s ongoing work and be able to unite with a great cause.”